Save
Display Cases in the Louvre Lens | Goppion 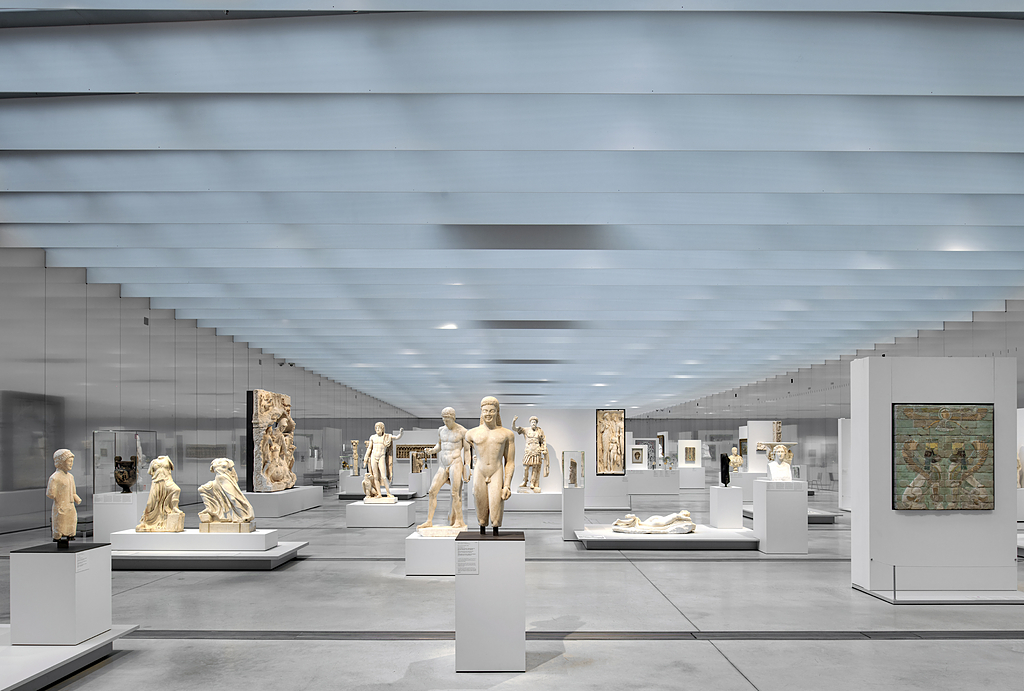 The former mining city of Lens in northern France is currently having a serious economic and social crisis. In 2004 it was selected to house a Louvre “satellite,” in order to encourage and facilitate development opportunities in the area. It was opened on the day of the patron saint of miners - Saint Barbara. The museum is all on one level, situated in a mining site that has been converted into a park. The complex is made up of five adjoining buildings – four of which are rectangular and one that is square - within, the layout is designed to appear like an elongated version of the museum in Paris.

The glass and aluminum structures of the gallery have a dynamic relationship with the sweeping views of the surrounding park as well as the mounds of debris that make up the ex-mining landscape. The location makes for continuously changing inspirations and emotions as the light and seasons change. There are three exhibition spaces:

Goppion created the entire display area for the Louvre-Lens with 242 elements:

Special display cases were custom made to work alongside pieces from Goppion’s already well-established System Q line. The biggest challenge for the installations was the strong design philosophy of Adrien Gardère’s, characterized by sophisticated minimalism. Goppion did research and experimentation with materials that were small in dimension but very robust in terms of resistance in order to meet the challenge.

The display cases are characterized by purity in terms of shapes and sizes. They feature perfect joints and corners and thin yet perfectly efficient hinges allowed the opening mechanisms to be completely hidden. The dominant color of the project is white which appears in various tones and nuances with the only exception being the Renaissance exhibition where the rooms have walls in delicate shades of red, blue and yellow combined with natural ash wood display elements. The effect is the complete abstraction of the works from the place that houses them making the artworks stand out in all their formal and symbolic purity suspended in time and place and purposefully decontextualized.