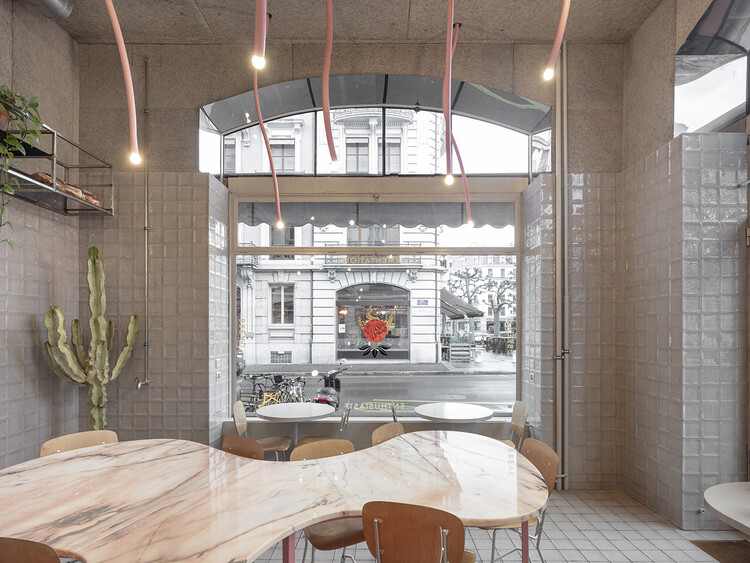 Text description provided by the architects. Two years of covid have pushed everyone to a certain level of distrust. We started the project of the Sawerdo with the fear that putting people around a table was an endangered gathering format. The risk was taken, a sort of hopeful leap of faith by the founders, believing that the jumping microbes of a too-close neighbor would never be an obstacle to being together.

Instead, a bet was taken on the opposite scenario: the one by which proximity is a simple vector towards spontaneous conversation and exchange well beyond the fear of a viral other.

Our project spatialized and constructed this “moment” of our lives and put everything and everyone around a staged and very material table.

Beyond the obvious references to traditional bread-making materials like marble and steel speed racks, the idea became quite simple: a hosting table allowing a variety of configurations. Somehow, the set is a half domestic, half professional one, between sharing “table d’hôtes” and dining in the interior of a bakery.

Jeff Wall's image Dressing Poultry (2007) was shot on a farm near Vancouver, celebrating a moment of fun while working – preparing what will become food. With an aesthetic at the antipodes of Sawerdo's project, this image has yet the same intention: to bring the act of cooking, nourishing, and sharing into a unifying whole of the living.

Like Jeff Wall's lightboxes, the Sawerdo had the chance to be in a very beautiful space that the project reveals as much as possible: an inhabited lightbox where scenes of life occur and will keep on happening as long as we understand that we are all biological beings or “viral others”. 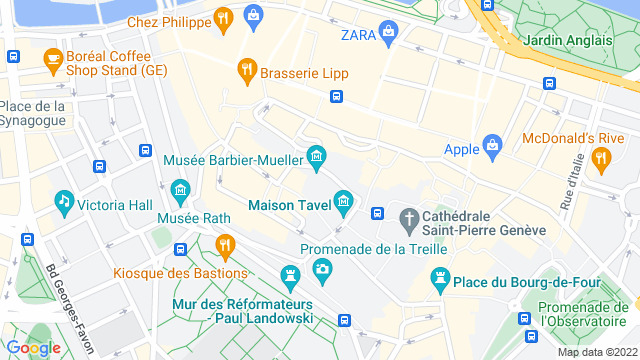