Text description provided by the architects. The firm Roche-Dinkeloo and Associates is known for producing some of the most significant and influential civic and corporate architecture of contemporary times. The two architects were very successful in recognizing new social conditions within their postindustrial society, paying specific attention to the individual and their changing relationship with public space.

The Knights of Columbus Building in New Haven, Connecticut, is the second tallest building in the skyline although it is only 23 stories. Its modern construction and design were revolutionary at the time, and continue to be appreciated today.

More on the Knights of Columbus Building by Roche-Dinkeloo and Associates after the break.

The Knights of Columbus Building is the headquarters of the Roman Catholic fraternal service organization. The reinforced concrete building is 321 fet tall, and only 23 stories high. The design intentionally resembles a fortress, and is right next to the New Haven Coliseum which was designed by the same firm but demolished in 2007.

Kevin Roche and John Dinkeloo made great partners, as Roche acted as the principal designer and Dinkeloo provided expertise in construction and technology. Together they would study all of the opportunities and constraints of their site and its surrounding environments in order to design the most fitting building in its context.

The basic structure of the building is supported by steel beams that span the distance between four massive cylinder piers that stand at each corner of the rectangular form. These large cylinders are clad in dark burned brick, the center containing lavatories and fire stairs. The majority of the facing between these are glass windows, shaded by overhangs of weathering steel.

The form was derived in part from the specific construction method of the building; concrete shafts were first erected to their full height by means of continuously poured concrete. The primary steel spanning members were placed in pockets in the corner towers, and then secondary members were attached from the initial spans to the elevator core at the center of the building.

This was one of multiple successful civic buildings done by Roche-Dinkeloo and Associates, and among many of the other awards received by Kevin Roche was the Pritzker Prize in 1982. 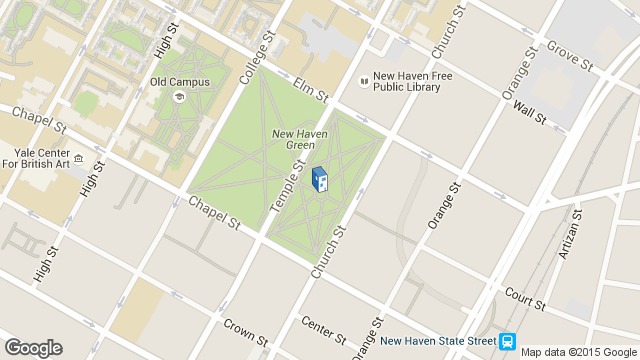