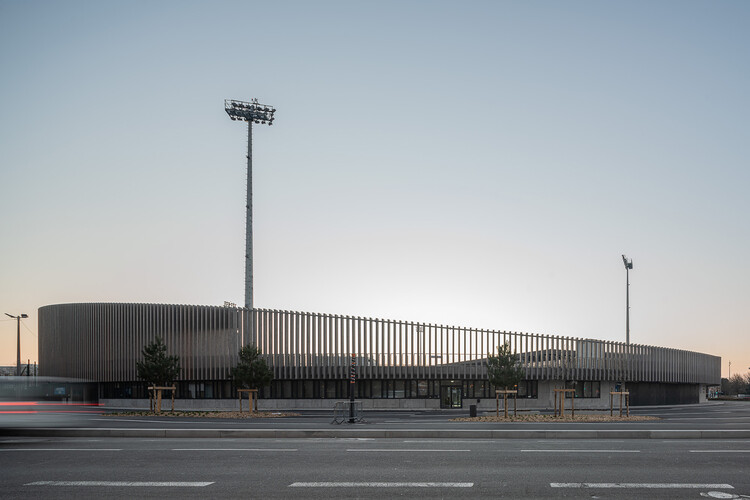 Text description provided by the architects. Stadiums are always an opportunity to showcase the development of cities as in Dunkirk. Due to its location - home to the USL Dunkerque Club - the historic stadium occupies a central position in metropolitan Dunkirk. Its geographical context asserts the facility as a city center stadium. This project is in contrast with urban sprawl (sub-urbanization) whose social and urban consequences are indisputable. Accessibility and urban integration were studied in detail to provide a user-friendly, welcoming facility.

Its main urban attributes were taken into consideration - the enhancement of the entrance to the city, the development of the adjacent canal banks, and the treatment of its forecourt. The intention was to restore architectural unity on a site with heterogeneous architectures.

This architectural unity is brought about by a simple elliptical envelope in large section timber lathes. The facade mask is the unifying element of the project and the relationship with its surroundings. Activity within is apparent due to the high transparency of the cladding. Lined with a second skin, this protective envelope also shelters spectators from the prevailing winds and sun.

This transparency gives the stadium its identity and redevelops and animates the boulevard. The facility is perceived differently depending on its events. The main building volume slopes slightly down towards the canal. This wedge shape opens the stadium towards the forecourt, giving it an elegant and sober line.

The forecourt is the link between the public space and the stadium. The scale of this vast sloping concrete slab complements that of the stadium, echoes the form of the envelope, and initiates an exchange with the canal. Planted areas enliven the space and create convivial places around the stadium entrance.

Open and functional near the canal, this new public space within the city is where supporters can gather. The public entry sequence is through a single point on the forecourt. After access control, spectators are directed to the north and south stands. Stairs lead to a large peripheral ambulatory. This new belvedere level connects the stands, making spectator access more fluid. This convivial space serves the lower and intermediate stands.

The ambulatory enables the free movement from one stand to another with views of the match on one side and the city on the other side. A second elevated ambulatory provides another space for refreshment kiosks and boutiques, called the "Carnaval Platform" after the famous Dunkirk carnival. It is a pleasant additional space to watch the match.

The VIP area on the upper stand is directly accessible from the south facade. By removing the athletics track that surrounded the pitch, stands are now closer to the playing area, like in English stadiums. The Tribut Stadium is a city stadium that, due to its shape and lightweight facade, fits perfectly into its urban context. Within the heart of the city, the football match is accessible to a greater number of people. 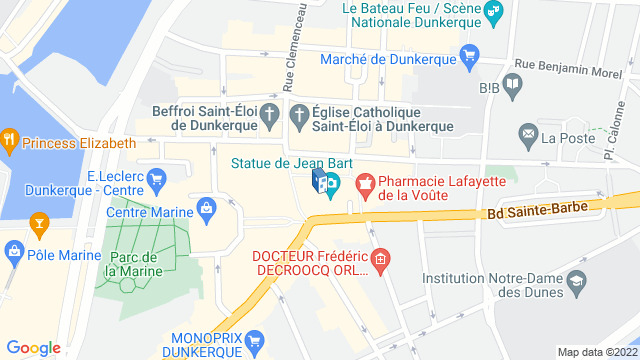 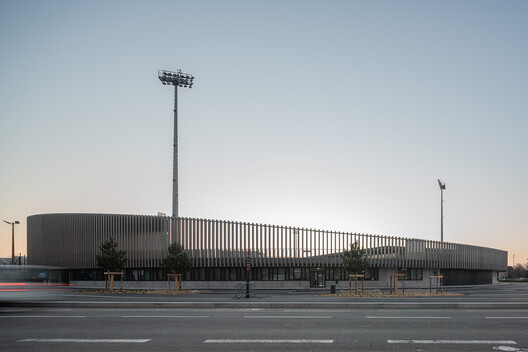 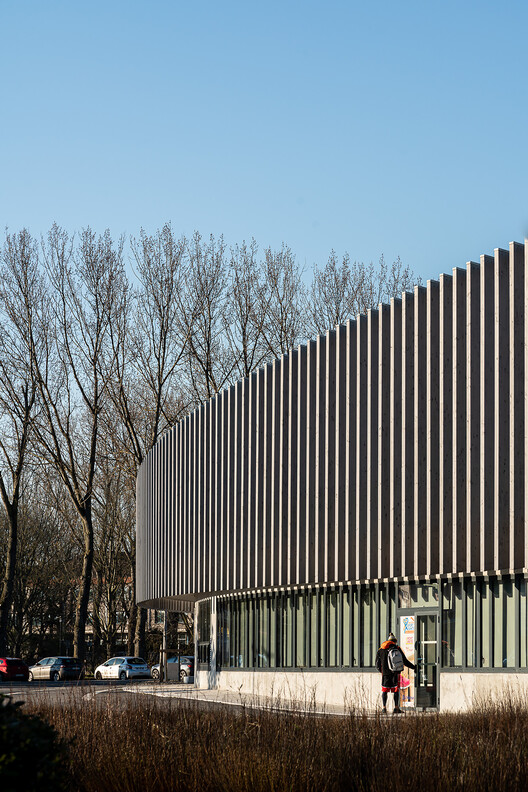