Uplighting serves the architectural lighting design of the space by highlighting details such as beams, pipes and other distinctive ceiling traits.

Both were interviewed by telephone. This is an edited transcript.

Alcon Lighting: What are some benefits of uplighting?

Anthony Brower: The big benefit is giving a softer light. Softer light is easier on the eyes.

Jon-Carlo Marras: One of the most obvious benefits is that you don’t have any glare. The light source faces away from, rather that toward, the viewer. So surfaces are above you, which helps you enhance the feel and space of the room and make it feel larger. Depending on the type of fixture it is, indirect lighting can help create a linear profile on the wall, so the fixture can create its own silhouette. You can light a space really well with a lot of light—spread over a large surface area in the room. It can really create a bright space.

AL: Which applications use indirect lighting most?

JCM: Office spaces use it a lot because it minimizes the glare and makes an easier, more comfortable working environment.

AB: I see it most often in conference rooms and meeting spaces.

AL: What is the minimum recommended distance suggested between fixture and ceiling for indirect lighting?

AB: Multiple factors are involved like lamp and fixture photometrics. Is it a wall or pendant fixture? Is the space an open office or a hospital? How far away from the ceiling is it?

JCM: If we’re talking about an ambient lighting effect, I would say it’s about a foot. But it really depends on the fixture and how wide the angle is—what type of optics it has.

AL: Is there a fixture-to-ceiling distance ratio based on the ceiling height of a room?

AB: Generally, 12 to 18 inches away from the ceiling is the bare minimum but the ratio really depends. As a general rule, 12 to 18 inches is a legitimate starting point. But you need to ask what light quality do you need? Are the [inhabitants] reading — are they drawing? — are they walking around — or performing surgery?

AL: Do you see an application that would do indirect only?

JCM: Yes, though it depends on the client’s budget. If you have a white or a lighter-colored ceiling and you want to get a lot of bang for your buck, it can can be useful. As a lighting designer, I prefer to have multiple types of lighting. I go by the principles of Richard Kelly (1910-1977), one of the modern-day pioneers of lighting design. He said that varied lighting is better because you want to have ambient luminescence, focal glow and plays of brilliance. When you get to do a project that allows you to work with all three — ambient luminescence for a general effect, focal glows for accent, plays of brilliance for sparks like a micro-pinpoint or highlighting a chandelier — they balance one another for an amazing environment.

AL: Should Indirect lighting serve as general lighting and then get coupled with task lighting?

AB: We have used this in the past and some refer to it as a coupled Direct/Indirect “Tambient” system. In our Los Angeles office, we have moved lighting from the overhead ceiling grid and packaged it with the furniture system. In this manner we achieve several goals. Moving the lighting closer to the user allows us to reduce the wattage to plug loads related to lighting systems. Our Tambient system combines indirect lighting and a furniture system with two power poles on either side that go up and arc up to the ceiling and then down below. To provide 35 lumens at the desktop at eight, nine or 10-feet, I would usually need to provide an 80-watt lamp. But with the Tambient system, I may only need a 20-watt moving lamp, so it’s a great system — you get great quality light for less wattage but more power. That’s the real benefit. With task lights on desks, you need more light for a higher level of contrast. Some people may need a task light but the power in using a task light for helping improve overall building plug load — an owner will have that designed into their space — the real power to using task light is to incorporate using enough light into your work. Older workers and young workers have different lighting needs. The total ambient load for the building should be balanced. It’s a generational divide.

AL: Are there downsides to using indirect lighting?

JCM: Yes. [With indirect lighting] you don’t have great control of the room — it’s going to create more of that ambient luminescence, so you can lose that sense of control. If you have indirect lighting that’s very powerful you can have enough light for specific tasks, such as reading. But it’s not ideal for reading.

AL: So then, should indirect lighting serve as general lighting and then get coupled with task lighting?

David Hakimi is the co-founder of Alcon Lighting. A graduate of the University of California Los Angeles (UCLA), David takes particular pride in his design, energy efficiency and architectural lighting knowledge and traces his and Alcon Lighting’s commitment to innovation, accountability, value, and quality back to the lessons learned from his father, a Southern California lighting salesman and consultant for more than four decades.

This article was originally published BY ALCON LIGHTING on FEBRUARY 28, 2022.

NewsInterviewsLighting Design
Cite: "An Interview with Lighting Designers on the Role of Uplighting" 10 May 2022. ArchDaily. Accessed . <https://www.archdaily.com/981413/an-interview-with-lighting-designers-on-the-role-of-uplighting> ISSN 0719-8884 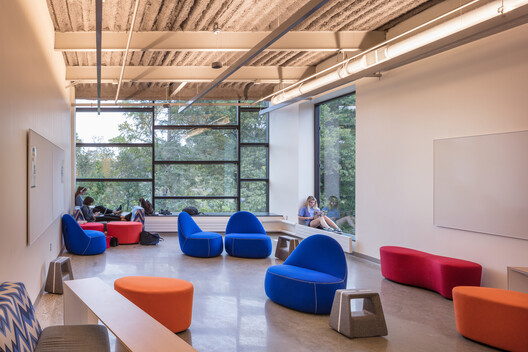