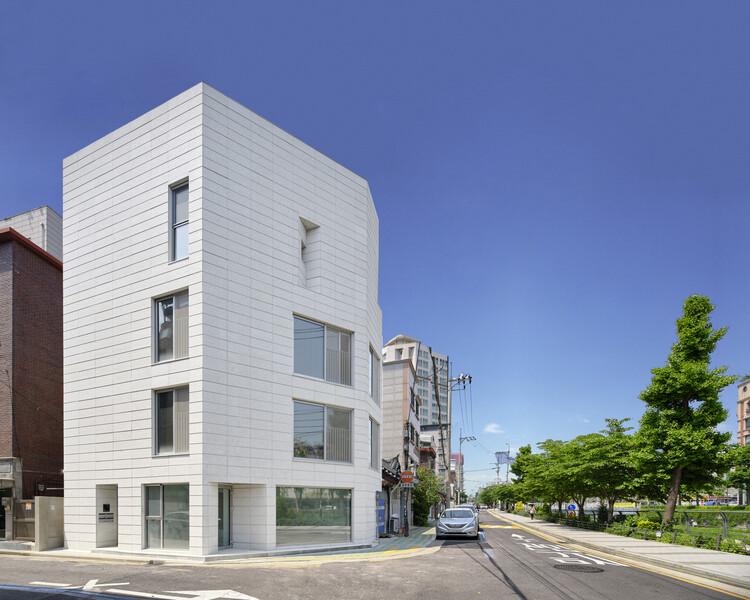 Text description provided by the architects. Although this house is small with a multi-family house built with mother and daughter desire to live together for the rest of their lives. Going down Seongbuk stream, which starts in Seongbuk-dong and flows southeast, reaches to Bomun-dong. Seongbuk stream area serves to a walker as a scenic trail in the city center. The client liked the quaint environment and purchased the land. So, the owner wanted to build a multi-family house with daughters in this place where the residential household and neighborhood living facilities are separated.

The main purpose of the design was how to view Seongbuk stream, which the client likes. Looking at the conditions of the land, it is a small land located in a corner of only 95.2㎡ overlooking Seongbuk stream. There are already new buildings being built everywhere. However, the building is too old and the surrounding environment is not organized. We wanted to plan an exterior design that blends well with the surroundings and does not stand out too much. And since the land is small, we tried to secure the area as much as possible. In accordance with the irregular shape of the site, the building was designed in the form of an arrangement. In order to bring the beautiful scenery of Seongbuk stream into the interior space, we tried to plan with a small but open design

The building is from the first to fourth floors above the ground and has a total floor area of about 162.3㎡. The first floor is a neighborhood facility, and the second to fourth floors are residential spaces. The entrance was placed toward a small road so that the entry part was not exposed from the promenade. Since the location of the entrance is south, warm light is allowed to flow into the entrance during the day. When entering the inside, the second and third floors were designed in the same interior. However, the arrangement of furniture was different, making a difference between the two spaces. On the 4th floor, according to the conditions of the restriction of the north-south diagonal line, the half-interior space, and another space were opened to the outside as rooftop garden spaces. Then, a garden was planned on the roof, and a small outdoor space was created to communicate with nature there.

In the residential part, we have considered a priority to natural lighting and views. Depending on the characteristics of a multi-family house, it is bound to be biased toward vertical space rather than horizontal space, and we constructed the inner space in a horizontal manner to face each floor outward. In general, multi-family houses located in the city center do not create large windows in consideration of privacy, but we planned large windows outside for the advantages of large windows. In particular, the second and third floors have a large window to see the panoramic view Seongbuk stream.

This is because it is a place is able to feel the scenery of four sections. In addition, most of the relationship with the surrounding buildings is built with red brick villas built in the early 1990s, creating a quiet atmosphere. We decided to use a bright gray granite exterior material in order to of a bright landscape. Granite used as an external finishing material is selected from stone species with low water content with roughly trimmed to show the difference depending on the visual direction. Granite was attached to the entire building from the first to fourth floors and tried to be seen as a more rhythmic building in a unified and regular manner.

We hope that the gray granite building will create a bright image of the scenery of the promenade around the Seongbuk stream, which was old and dark and quiet. Also, we hope it will blend naturally with the daily lives of many of the neighborhoods visiting Seongbuk stream. 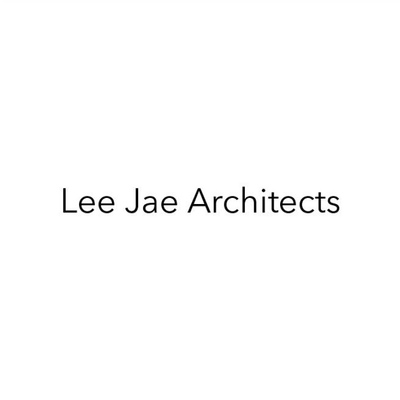