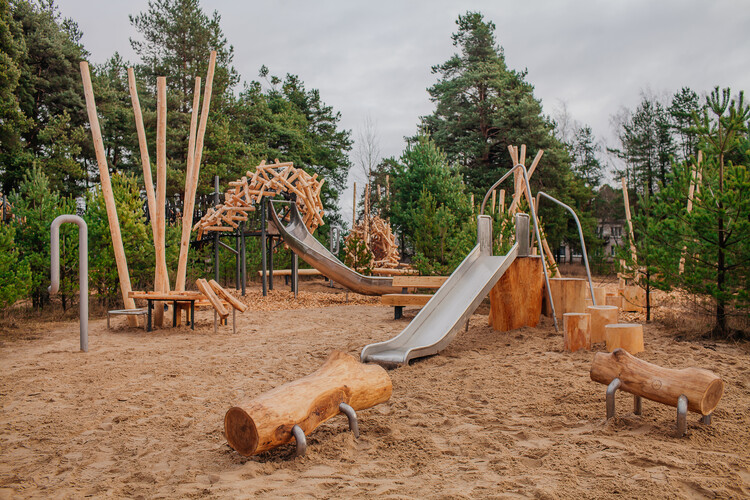 Text description provided by the architects. Project of public spaces development of the village of Bolshoe Kuzemkino. Natural play space "Eagles Land". The village of Bolshoe Kuzemkino is located on the border of the Kurgalsky nature reserve. In September 2019, a project was launched to develop & improve public spaces in the village. The aim was to fill the lack of infrastructure for communication and healthy leisure in the village, to create a meeting point for the local community, to promote the development and cohesion of the local community and the connection of generations.

The project of the development of public spaces of the village was implemented in close cooperation with local residents, in accordance with the principle "Nothing for us without us!". There was a task to involve as many villagers as possible in the discussion  and to help them go beyond traditional views on landscaping

So, Bureau Chekharda worked closely with the local community both with children and adults. This work included exploratory tours, educational-oriented participations, master classes, and architectural games.

A distinctive feature of the project was the involvement of residents through joint practical work, through action. For example, during masterclasses, villagers constructed prototypes of architectural objects from raw nature materials (twigs, ropes). Then we built together with a functional art object "Climbing Frame Road". Finally, we initiated the "Open building" event during which young villagers helped to complete the real playground: they stretched ropes, laid wood chips, and hung climbing nets.

In the design aspect, the Bureau proposed a general plan for the central part of the village, its zoning, as well as the idea of an individually designed community center that met the needs and capabilities of the villagers (instead of building a typical sports complex).

The play space that was named "Eagles Land" became the first object implemented in the project. During meetings with residents, they stressed the value of the surrounding nature. Together we found a non-standard solution to create a natural playground for children which will also become a meeting point for villagers. The project of the playground was presented to the residents, then it was finalized according to their comments, and only after that, the implementation began.

The architects were inspired by the Kurgalsky nature reserve which is famous for its variety of birds. Some elements of the playground resemble the wicker nests of birds, and it seems as if the birds have arranged a cozy space for children.

We chose a clearing with pine trees for the play space, and the existing trees became part of the play environment (by the way, during construction not a single tree was cut down or touched). To create handmade playing elements, Bureau Chekharda used tree trunks with preserved twigs and natural curvature of the trunks. Thus we encourage visitors to see the beauty of nature as well as to interact with the non-standard natural materials. All playing elements are integrated into the landscape and form a single ensemble, a real natural play world that has become an organic part of the village center. 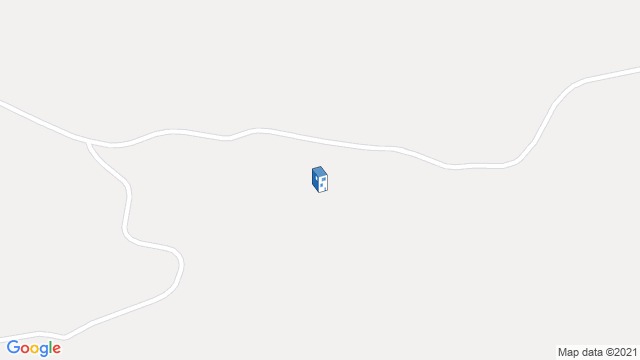