This is a book about a modern architectural movement that bubbled up in a small, conservative city at the bottom of the world.

During the 1960s, Christchurch, New Zealand exploded with a creative force which developed into a distinct style of architecture that was widely admired and imitated and remains influential today.

For a decade Christchurch architects worked with a potent energy and urgency, creating hundreds of homes (and many of New Zealand’s best public and commercial buildings) in a regional style that is arguably the closest thing the country has to a modern indigenous style of architecture.

The 12 homes illustrated in the book are just a small representation of the style and architects of the period. They remain as intact examples of the ideas, materials and optimism of the time. 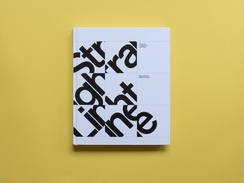 I never met a straight line I didn’t like.
Buy now