Save
From Podcast to Print, Roman Mars Discusses The 99% Invisible City
Share
Or
Copy

Over the last ten years, the podcast 99% Invisible has been captivating listeners throughout the world by exposing the overlooked and seemingly mundane aspects of architecture and design. While the show had modest beginnings in creator Roman Mars’s bedroom, it has now grown to more than 400 episodes generating over 400 million downloads.

This week, fans can also hold the show’s stories in their hands in the form of a new book titled The 99% Invisible City: A Field Guide to the Hidden World of Everyday Design, which Mars co-wrote with digital director and producer Kurt Kohlstedt. Composed of research and reporting from the podcast as well as brand new stories, the book (illustrated by Patrick Vale) highlights design considerations that often go unnoticed.

Metropolis interviewed Mars on both his new book and his unique insights gleaned from years of hosting the popular podcast.

Leilah Stone: How does the 99% Invisible team arrive at the stories you tell on-air and in the book?

Roman Mars: The podcast episodes tend to have a central story. Everything is hanging on one person’s journey, quest, or story. They tend to have one take away fact, which is sort of a little item that maybe isn’t the main [focus] of the story but is something people are going to remember.

The book was slightly different. It had to be about actual objects that people would see and encounter out in the world. The book is full of common objects that illuminate something about the way cities function. But we take a very broad view of design on 99% Invisible, so it can mean the design of a government or the design of [a process] you use to tell a person that they’re dying. These are all designed things worth telling stories about.

LS: Why should people pay attention to the every day and the ordinary?

RM: Life is a little more joyful when you do. In the last 10 years of doing this show, I have grown into a more optimistic person by considering all the thoughtful design that goes into the world. We tend to not notice thoughtful and well-designed things. We only notice them if they don’t work. But it’s important to notice the things that are not working for [us].

[For instance,] the city has always been this evolving place that reflects the values of the people who live inside it. It should feel possible to subvert and intervene in the city when it’s not serving your needs. Interventions like curb cuts were started has gorilla interventions. The rolling quads of Berkeley California went out with their friends and they took sledgehammers and broke the corners off the edges of sidewalks so they can make ramps for people in wheelchairs. They made the world a better place through an intervention with the hard surface that a lot of people didn’t question.

LS: Did you ever think you’d write a 99% Invisible book?

RM: I resisted it for a long time because I really liked the idea that the whole conceit of the show was the perversity of covering visual things in a non-visual medium. I thought it highlighted the things about design that I thought was more important rather than the aesthetic of things. To me, the cool part of design was the problem-solving.

But there’s something about having these shows locked up in this linear format. With the book, we have this metaphor of the “desire path,” where you can jump in at any time. You can look up that story of curb cuts rather than go search for the 30-minute episode we did and listen to the whole thing. There’s all this knowledge that is hard to peruse when it is locked up in this linear format unless you’re really going to sit there with me guiding you. It was [time] for there to be a book, the information necessitated it.

LS: You narrate the audiobook too, right?

RM: Yeah, that was hard. It’s about 10 hours of me reading. The book is written differently; it’s not like audio scripts where you’re focusing on the rhetoric of repeating yourself and having a rhythm. It’s different to write something to be read. It sounds like the show in a way, but it’s also different. I get tons of emails from people [telling] me they like the tone and calmness of my voice. I was like, “well, you guys are in for a treat because you got 10 hours of me talking and not one interruption.”

LS: So, in the latest episode, you walk listeners through the hidden world of beautiful, downtown Oakland, California, and you say that despite the weird times we’re living in, it turned out to be the perfect time to put out this book. Why?

RM: We’re in this moment where we can’t go to all these places. So, right now we’re giving you this field guide to deeply explore just your neighborhood. We have examples from all over the world to add some richness and depth, but really, it’s about finding wonder where you are. That’s really what we have to do right now.

It’s also relevant right now because the city is changing in weird ways that people are noticing. Cities evolve so naturally, organically, and slowly people don’t always pick up on it. But there was a moment with the pandemic where all of a sudden there was tape on the floor, and then there was plexiglass between things, and then roads were being taken over by street cafes to give people enough space to be outside and socially distance. There are all kinds of experiments and changes happening in the built landscape.

I’m a nervous person so knowing where to stand, knowing where to be, and having everyone on the same page, is kind of comforting. Also, the cafes being so spread out on the street and closing down city streets so that people have space, points out that we really did yield a lot of space to cars. That’s something that is worth examining. We’re having a moment of reflection and examination of the built environment. The book is a really good tool to help you do that.

LS: What are some of the greatest insights you’ve gained from hosting the podcast over the last ten years?

RM: I just feel the intent and embrace of designers when I’m out in the world because of the show. I really do think that they made a decision on my behalf, which I could not have anticipated that I needed, and it did me some kind of service. That has changed the way I experience the world. It’s profound to me and really rewired my brain. It also makes me more patient and observant. It’s like the character of the host of the show, Roman Mars, and I don’t mean to speak of myself in the third person in an egocentric way but you’re performing yourself [when you host a podcast].

But as a person in the world I can be reactive, I can be cruel, I can be all these things that are normal human things but there’s an aspirational nature to what the host of the show is. I try to be that person who’s thoughtful, who if I like infrastructure and roads that are made well, who if I’m being stopped in traffic because people are doing construction, then I need to chill the fuck out. Because if I appreciate these things, I have to recognize that it takes work to do these things.

LS: Lastly, we asked Roman to rank some highlights from the book in order to help readers get started on carving out their own desire path:

“I tend to really like the ones that are new to explore, I’m most excited about those.”

“Deciding what is heritage and how you preserve it and present it is a really heated topic for a lot of people.”

“I’m not sure if New Yorkers necessarily know this, but a West Coast person definitely wouldn’t. New York was basically formed by the business of oysters.”

“This set of boulders were put on a sidewalk in San Francisco to stop people from sleeping there. It’s a really big issue and a physical manifestation of a fight that is extremely present right now.”

“It’s about the power of names and mentions a place in Massachusetts called Busta Rhymes Island. The man who named it, Kevin O’Brian, a fan of canoeing and intricate high-speed rapping, had been paddling out to the island for years.”

“In Seattle, a bike rack was put underneath this viaduct and they said it was a bike rack but really it was just a way to stop people from putting tents there.”

This article was originally published on Metropolismag.com as "Q&A: From Podcast to Print, Roman Mars Discusses The 99% Invisible City" 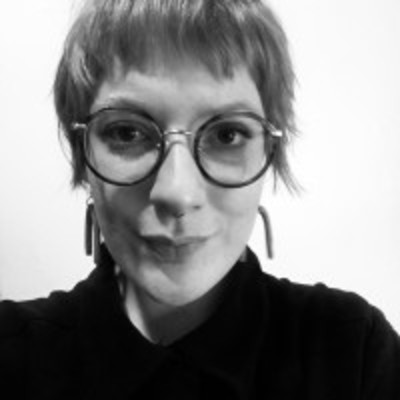 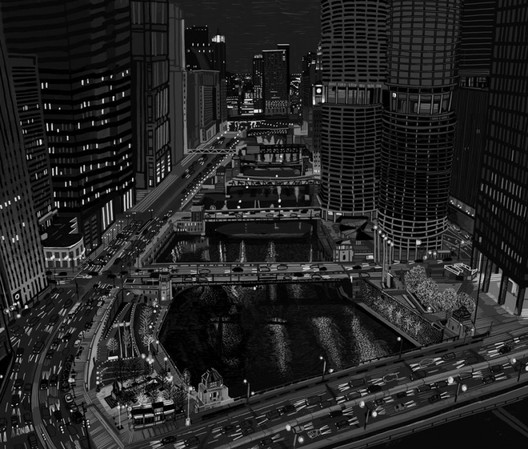