Architect, urban planner, and professor, Dr. Abdelhalim Ibrahim Abdelhalim was selected as the 2020 laureate of Tamayouz’s Lifetime Achievement Award. The highest accolade of the Tamayouz Excellence Award is awarded annually to an individual “who have made significant contributions towards humanity and the advancement of architecture and the built environment in the Near East and North Africa”. 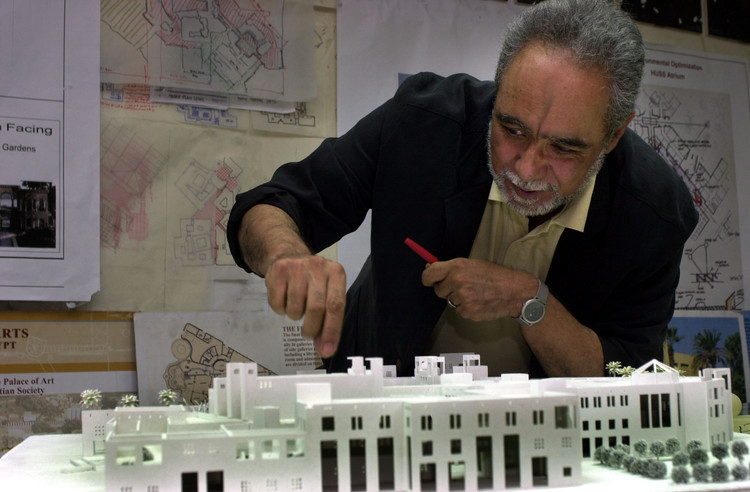 Dr. Abdelhalim Ibrahim Abdelhalim is the 2020 laureate of Tamayouz’s Lifetime Achievement Award. He will receive this honor at Tamayouz’s annual ceremony, postponed to 2021. Established in 2014, the award, part of the Tamayouz Excellence Award program, “recognizes those whose commitments to architecture were and continue to be unparalleled”. Initially created for Iraq’s renowned architects, the award opened to individuals from across the Near East and North Africa in 2019, when it was granted to Palestinian-Jordanian architect Rasem Badran.

Over the course of his career, Dr. Abdelhalim ventured into different projects around the world, collaborating with some of the world’s most renowned architects. Working with traditional designs, materials, and systems, he aimed to establish and understand rituals and how different communities operate. On that note, Dr. Abdelhalim states that “rituals contain the configuration of the basic myth in its form, and regenerates the content of the myth in its encounter”. In 1983, with the Children’s Cultural Park in Cairo, Dr. Abdelhalim engaged the local community with the design process and used building materials from the local context. This philosophy has led the architect to receive the Aga Khan Award for Architecture in 1992. 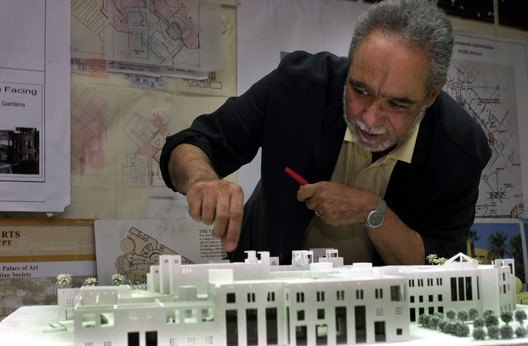