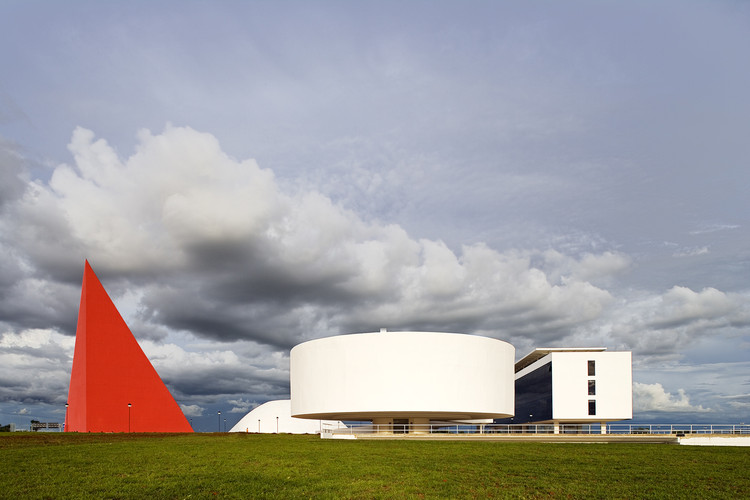 The Cultural Center was designed by architect Oscar Niemeyer and named after him. It is located in the city of Goiânia in the state of Goiás, Brazil, and was built on a 26 thousand square meter flat land called Esplanada da Cultura, a square dedicated to concerts and events, paying homage to former President Juscelino Kubitschek. The complex consists of four geometrically pure buildings: a rectangle that holds a public library, a cylinder where the Museum of Contemporary Art (MAC) is located, a dome that shelters the Music Palace, and a 36-meter-high pyramid that houses the Human Rights Monument.

The Library building is a smoked glass box raised on pilotis that contrasts with the white shades of the MAC and the Music Palace, and also with the vibrant red on the large triangle of the Human Rights Monument. The 700 square meter Monument houses an auditorium with capacity of 166 seats, a sunroom and an exhibition hall.

It is not an easy task to fit Oscar Niemeyer's work into the architectural movements, especially as historians, critics, and architects are very polarized and dualistic in their discourses, which, for various reasons, either endorse or condemn his work, sometimes associating it with the modern architectural movement and sometimes echoing other movements. The deviation from formal and functional standards proves the challenge of approaching his projects according to architectural rationalism. Whether functional or not, Niemeyer's works are expressions of a modern, clean, undulating, and precise architecture that sometimes flirts with other traditional styles, like neoclassicism and cubism.

Niemeyer's formalism is regarded as a deviation from the original principles of the Modern Architecture movement. There is an emphasis on artistic expression and for this reason, he becomes associated with free-form modernism.

According to Maxwell, a connection between classical and modern can be established ever since architecture, still in ancient times, has become associated with geometry as a representation of order, of logical and intelligible organization. In this sense, there would be a connection with the platonic idealism in which the concept of geometry is associated with essence, duration, and intelligibility. Therefore, in the tradition of classical architecture, form is an idea inevitably associated with pure geometry. This suggests that in modern architecture, form is still closely associated with this tradition of an ideal geometry that is able to organize, order, and ultimately discipline and control. The thoroughness and control of form constitute a system that combines structural principles and models related to the geometrical matrix of Western architecture with the aspect of personality, through which it is possible to find the formal plasticity that constitutes persistent elements in the plan, structure, façade, walls, windows and open spaces of Oscar Niemeyer's works.

As Maxwell says, in his creative process, the imagination working on behalf of forms, with no attachment to tradition, allows Niemeyer to grasp all the instruments that modern technique has given him to unleash his imaginative potential in favor of the creation of forms that seem to stray from any tradition and, above all, from functionalist architecture. That is being consistent with modern rationality and driven by creative freedom in the face of any pre-conceived determination or model that might somehow constrain him. It is another face of modernity: that which does not conceive the form as an instrument for any purpose other than that of its own autonomous configuration. It is capable of building by itself a representation of the world that constitutes a whole new perception of it.

Moving away from functionalism and the formal constraint of the modern movement's earlier projects and “setting free the imagination of forms,” one must understand Niemeyer's desire to maximize the construction capabilities of the concrete. Maxwell believes that technique and form in Niemeyer's work are inseparable to the extent that the former ensures the potential of the latter. However, they do not blend because they belong to different dimensions. While technique deals with issues related to material, construction, detailing, etc., form concerns architecture as an artistic expression. Therefore the technical data must be invisible in order not to jeopardize the statute of architecture, being "potentialized" to the fullest as a desire to extract from it the resources to achieve a will to express the purest and most clear form. An obstinacy!

It is a work that seems to be effortless, without any visible functionality, just a drawing, and yet everything in it was thought-out: space, scale, sections, viewpoints, etc. Niemeyer does not use the curve as a detail or ornament, but is always "building the architectural form in its integrity since it already incorporates the moldable and indivisible logic of reinforced concrete", the technical effort made invisible gives way to light, stable, and surprisingly sustained shapes. Molded and self-supported, it shows no sign of breaking the law of gravity, in such a way that its spatiality becomes natural, while the supporting pillars discreetly follow its curves.

According to Telles, Niemeyer's work, anti-functionalist par excellence, also distances itself from Le Corbusier's early references since, as Sophia Telles observes, its spatiality does not follow the classic rationality of the construction of form, which is ruled by conventions of scale, proportion, and rhythm. Neither can it be associated with the principles of the so-called organic architecture, given that they are provided with self-sufficiency, contradicting such principles. The struggle to appraise Niemeyer's architecture is associated with an almost obsessive need to define it, attempting somehow to place it in the field of the Modern Architecture Movement. Rather difficult to achieve, since it calls for attention to its intrinsic peculiarity if one admits that it is set outside this field, but within the regimen of autonomy of the modern form. 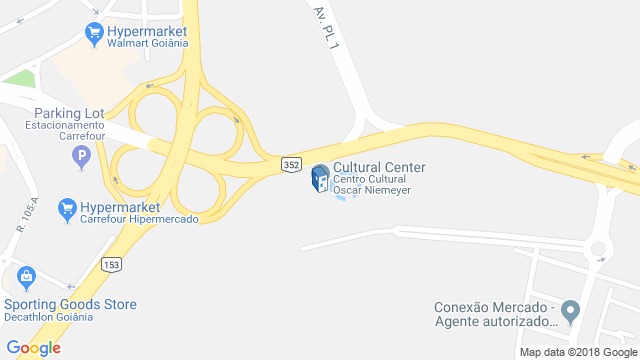 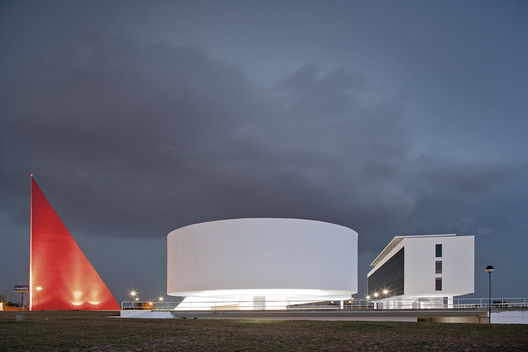 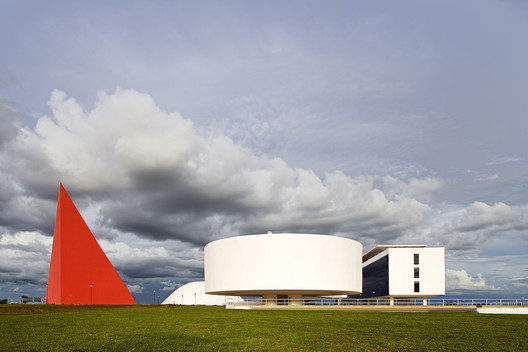