Save
American Architect Robert T. Coles Passes Away at 90

The profession mourns the loss of a trailblazer. Robert Coles was the first African American chancellor of the AIA's College of Fellows, and a founding member the National Organization of Minority Architects https://t.co/eTCHv7S6AO

American architect Robert Traynham Coles, a founding member of the National Organization for Minority Architects (NOMA) has passed away at the age of 90 on Saturday, May 16, 2020. Considered one of the lead advocates for diversity in architecture, he was the first African American chancellor of the AIA's College of Fellows.

Coles established his practice in 1963 and he designed several of the landmark buildings in his native Buffalo, including the JFK Community Center, the Alumni Arena and Natatorium at Buffalo’s University and the Frank E. Merriweather Jr. Library. He also held teaching positions at the University of Kansas and Carnegie Mellon University. Cole’s contribution to the practice of architecture was acknowledged through numerous accolades, the most recent one being the 2019 Edward C. Kemper. In 2016, he published his memoir titled Architecture and Advocacy.

Buffalo Mayor Byron W. Brown paid tribute to Coles, saying: “Bob Coles was a Buffalo original and a brilliant, trailblazing figure in architecture. He fought for African American representation in all aspects of architecture and mentored architects of all races. His creative vision came to life throughout Western New York and in other parts of the nation.”

News via The Architect's Newspaper. 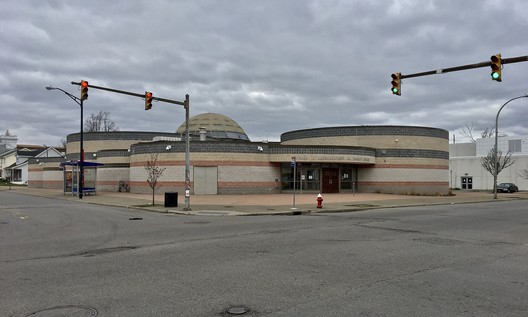