The largest pilgrimage church in Sicily, The Sanctuary Basilica of Our Lady of Tears in Syracuse was built to commemorate the 1953 miraculous tearing of a plaster effigy representing the Virgin Mary. The ever-growing number of religious devotees prompted the construction of a dedicated church of an appropriate scale. In 1957, an architecture competition was organized for the design of the new church, where 100 architects from 17 countries participated. The winners were Michel Andrault and Piere Parat, and their sculptural design became not only a landmark for the region but a trailblazer for religious architecture at the time.

That same year, the duo, recent graduates then, participated in a significant number of international competitions. The two architects, former colleagues at Ecole des Beaux-Arts in Paris, joined forces and created their studio in 1957, after winning the contest for the design of the Sanctuary-basilica. This project would prove to be a springboard for their careers, bringing them great notoriety. As a result, they are commissioned by the Caisse des dépôts et consignations (Deposits and Consignments Fund), a French public sector financial institution, for the construction of collective housing. In a short period of time, their studio ANPAR will head off to design 19,000 housing units in France, using a terraced arrangement, a pyramid-like morphology. The practice ended up being one of the most proliferous French studios after WWII.

The Basilica Sanctuary of Our Lady of Tears re-imagines the morphology of the central plan church, very common for pilgrimage shrines, giving it a radical interpretation. The austere aesthetics is derived from its structure, left apparent both for the exterior and the interior of the Sanctuary, giving the building its stark monumentality. Pierre Parat would say many years later: "I like the architecture that reveals itself, that is honest, I don't like gimmicks and ornament" [1] and this is undoubtedly apparent in the architectural vocabulary of this first built project. The design, daring and innovative at the time, would pave the way for new interpretations in religious architecture.

In the architects' intention, the shape is meant to symbolize the elevation of humanity towards God. Nonetheless, in time, the morphology of the building was infused with additional religious meaning, being read as a lighthouse guiding devotees towards divinity, or a teardrop, in connection to the sacred event that led to the erection of the church. Construction started in 1966 and took 28 years to complete, as excavations revealed a VI century settlement on the site. The building contains two main levels, the crypt and the Sanctuary, with its truncated-conical shaped dome. The crypt was inaugurated in 1968 and today houses three museums, including one dedicated to the Lacrimation event. In 1994, construction work for the main Sanctuary ended, and Pope John Paul II consecrated the church.

The basilica has 6,000 seats and can house a total of 11,000 people. The pre-tensed reinforced concrete structure reaches a height of 94,3m and a statue reproducing the image of the crying effigy sits at the top of the Sanctuary. The dome's structure is made of an array of 22 concrete ribs with a V-shaped cross-section, horizontally connected through eight pre-tensed rings with a decreasing diameter along with the height of the building [2]. Vertical window strips alternate the structure's rhythm, giving the impression of light beams coming down towards the sitting area of the Sanctuary. Nineteen external cantilevers depart from the main base, creating the roofs for several interior spaces meant for housing chapels. The floor of each of these rooms is suspended to the corresponding cantilever with steel tendons. The interior of the main Sanctuary spans 71.4 m in diameter and five chapels are placed around its perimeter, with 11 more chapels in the crypt. The raw concrete walls, with traces of the wooden formwork, left apparent add texture to the space and create a sharp contrast with the white marble floor of the Sanctuary. The church is surrounded by a botanical park which extends for nearly 17,000 square meters, created by landscape architect Nino Attardo.

Although designed in a period where Modernism was at its height, Parat's and Andrault's architecture is not dogmatic, being more of an experimental and a formal search, rather than an ideological stand. The project reflects the importance of drawing in the design process, mainly since both Pierre Parat and Michel Andrault had a strong appeal for this means of expression, practising painting and sculpture, respectively. This interdisciplinary approach characterizes their entire body of work, ANPAR's style being described since the beginning by critics as "architecture-sculpture" [3] 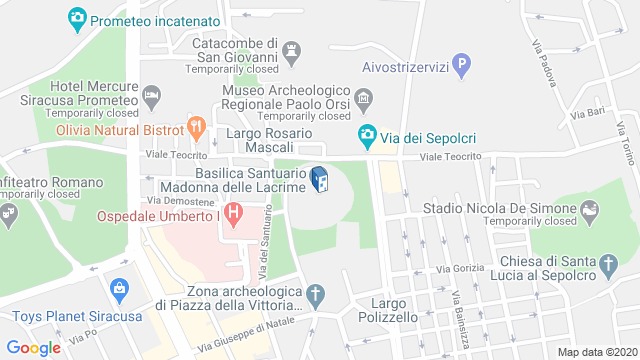 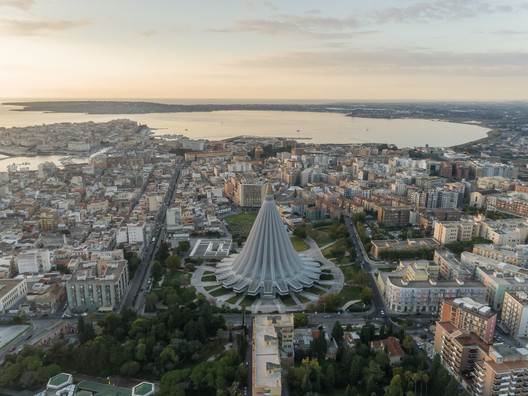