Save
Michael Sorkin on Cities, Gentrification and Teaching
Share
Or
Copy

This episode features the conversation between the podcast hosts and Michael Sorkin, who recently died of Coronavirus at the age of 71. The talk discusses neighborhoods, gentrification, smart cities, city development, teaching design and more!

Michael Sorkin was an architect, educator and writer. He founded Michael Sorkin Studio and Terreform - The Center for Advanced Urban Research, was Director of the Masters of Urban Design Program at the City College of New York and had authored numerous books such as '20 Minutes in Manhattan'.

Michael discusses the relationship between education, discourse, and practice. (00:00)

Michael discusses his early sources of inspiration for architecture and urban design. (11:08)

Michael discusses the challenges of teaching urban design and having a range of students from different countries. (14:00)

Michael talks about defining urban design and its distinction (or lack thereof) from architecture and smart cities. (28:50) (57:03) 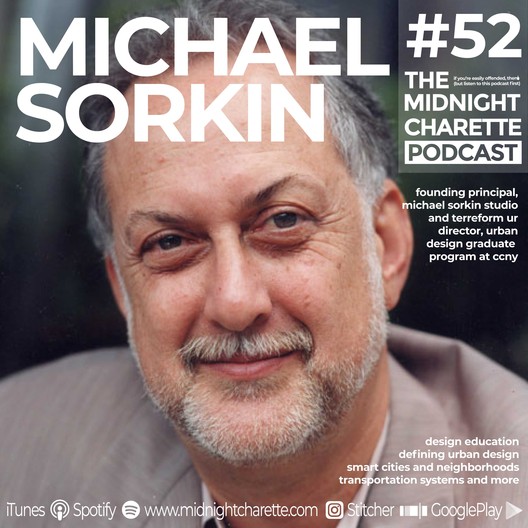