All
Projects
Products
Events
Competitions
Save
Adolfo Natalini, Co-Founder of the Radical 'Superstudio', Dies at 78
Share
Or
Copy

On January 23, 2020, Adolfo Natalini has died at the age of 78. The Italian architect founded —together with Adolfo Natalini— one of the most important offices of radical post-war architecture in Italy, Superstudio, which, during the '60s and early '70s, focused on the form of a strong critique of the production methods of design and architecture.

All this analysis was reflected in a very different way of representing architecture, collages, experiments, manifestos, furniture, stories, storyboards, etc. This approach has unleashed multiple discussions that remained valid to this day among the younger generations, which have resumed these modes of criticism to apply them to new ways of producing and thinking about architecture.

Thanks to Adolfo Natalini, Cristiano Toraldo di Francia, Piero Frassinelli, Alessandro and Roberto Magris —all members of Superstudio—, utopias became a way of reinventing the world to expose the weaknesses sensitizing the community of architects and designers with works like 'The continuous monument', one of the most controversial pieces by the studio whose legacy extends in a timeless way which became a pure and democratic, endless environment. It was here when the utopia was controversially invested to show the dystopias of the frightening cities of the future. This ironic and even slightly acidic discourse that characterizes the work of the Superstudio office has left a legacy that extends timelessly.

In SUPERSTUDIO's The Continuous Monument: An Architectural Model for Total Urbanization (1969), the authors proposed:

In architecture, critical activity has always been connected with the concept of utopia; utopia is not an alternative model: it puts forward unresolved problems (not ‘problem solving’ but ‘problem finding’). We could say that the original motive of utopia is hope. Utopia is the true preparation for projecting, as play is preparation of life. The revolutionary charge of utopia, the hope which is at its foundation and the criticism which is its direct consequence, bring back its dignity as a rational, ordering activity.

From 1979, Natalini began to work on his own, concentrating on his designs for historic cities in Italy and other countries in Europe, looking for traces left over time in objects and places and proposing a reconciliation between collective and personal memory. His works include designs of Romerberg in Frankfurt and of the Wailing Wall in Jerusalem, the Bank of Alzate Brianza, the Elettrocontabile Center in Zola Predosa, the House in Saalgasse in Frankfurt and the Teatro della Compagnia in Florence. He was a professor at the Faculty of Architecture in Florence and an honorary member of the BDA (Bund Deutscher Architekten), the Accademia delle Arti del Disegno in Florence and the Accademia di San Luca.

Share
Or
Copy
About this author
Mónica Arellano
Author
••• 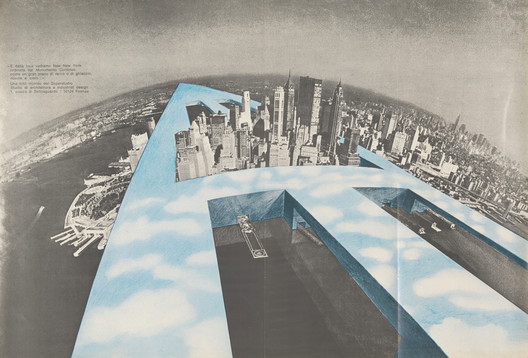