Text description provided by the architects. In the south of the municipality of Puig-Reig stand the remains of the heritage site of the castle of Merola, dated from the late thirteenth century. Due to the documented earth tremors that shook Catalonia in the 1500s, only one of the faces of the defense tower, originally with a rectangular plant of 5 x 3,8 m and 14,8 m height, is still standing. The detachment of part of its coronation in 2016 put Puig-reig Town Council on alert. The high risk of collapse, with the subsequent loss of the monument, called for an intervention to guarantee the preservation of the remains and the recovery of the building for the village as an attraction for visitors.

Two basic lines of intervention were adopted to meet these aims: the consolidation of the surviving remains and the reinforcement of the medieval structure. The reinforcement takes the form of a timber structure comprising 18 sections of a 14-cm square that follow the original perimeter of the stone wall. Like a scaffolding, it structurally stabilizes the pre-existing construction, recovers the original volume and restores its function in the territory as a lookout and defense point. The new structure resolves the functional reinforcement conditions and establishes a dialogue with the pre-existing stone wall, evidencing the intervention with respect to the original construction.

The missing foundation is recovered with lime concrete and the two structures are tied using wooden profiles anchored to the stone canvas at 14 points. The insertion of a stairway inside the structure provides access to the three original levels of circulation and facilitates the future maintenance of the monument. The ascent to the upper level of the tower recovers a point of view that had been inaccessible since the fifteenth century. Finally, the stones found in the archaeological excavation are reused to delimit the intervention and show the original demolition material. 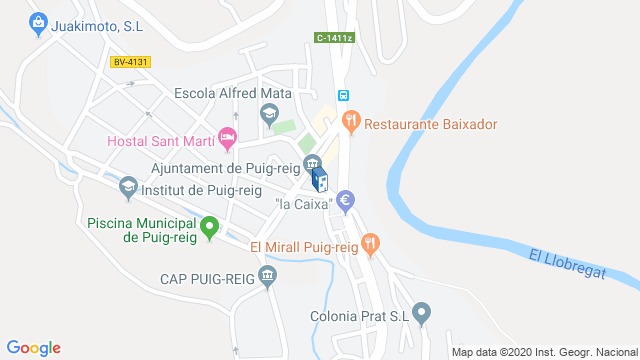 Location to be used only as a reference. It could indicate city/country but not exact address.
Share
Or
Copy
About this office
Carles Enrich Studio
Office
••• 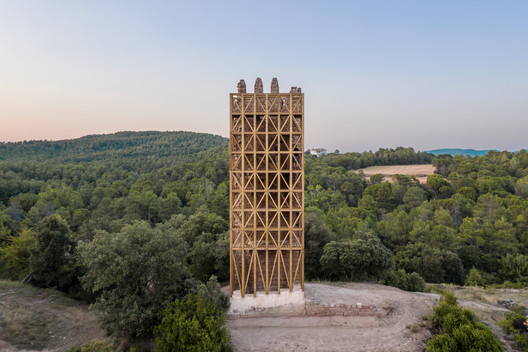