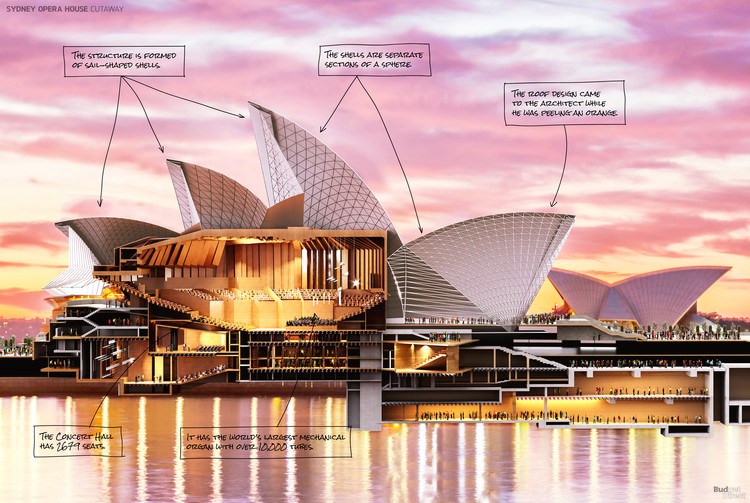 The postcard-perfect buildings exposed relatively original information, in a series of altered images. For example, the cross-section on the image of the Sydney Opera House reveals white sail-shaped shells that rise above the massive monolith of a concrete base. Moreover, Canberra’s Parliament House and Brisbane Skytower showcased contemporary functions, with interiors as exciting as their exteriors.

Created by the Budget Direct Travel Insurance team, and NeoMam Studios, a creative studio based in the UK, this project aims to “inspire Australians to rediscover the awe-inspiring architecture in their cities near and far – to spark curiosity and encourage people to experience landmarks they know and love through the eyes of a tourist”. These “behind the scenes” footage, will allow most people to visit visually these monuments. The series that “opens up” seven of Australia’s top landmarks in cross-sections showing just what’s going on inside, features:

Regarding the methodology behind the creation of these images, “a team of researchers sourced existing architectural plans, blueprints, or floor plans for iconic structures in Australia”. They had to also investigate 3d models and images of the structures during construction, to get the proper insights. Once gathered, information were passed on to the architectural design team who used these plans and images to create the cutaway renders. 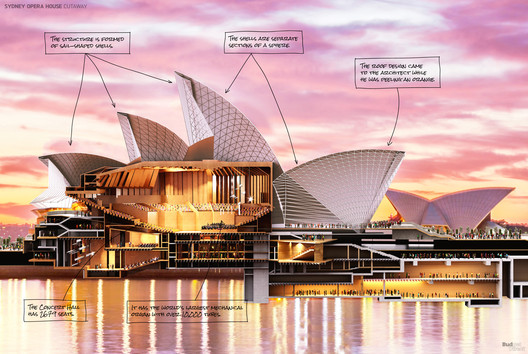