Text description provided by the architects. Out of 250 registered projects, the young architects from Rio de Janeiro, Murad Mohamad (28) and Jessica Sarrià (28), won the Archathon contest - An architecture competition aimed at professionals that are starting a career. On this project, Jessica and Murad's company was joined by architect Barbara Barbi (26), from Minas Gerais, a state in southeastern Brazil where the project is now on display. Displayed at the 25th CASA COR Minas (a huge architecture, interior design, and landscape exhibition), the trio created a 200 square meters outdoor area, its center is called “OCA”. The space, which will be opened for visitors until October the 13th, stands at Palacio das Mangabeiras. an iconic building created by Oscar Niemeyer, built in the mid-1950s on 42,000 m2 of land in the South of Belo Horizonte - The capital city of Minas Gerais. The palace was also the official residence of those elected state governors. OCA is a very special outer area centerpiece, for it has Serra do Curral as its background, an extremely colorful and powerful mountain range.

The project was conceived to provide the public with a sensorial experience and connection with nature. "Besides being beautiful, the mountain is an important part of the project, the light varies greatly throughout the day, generating different shades. We knew from scratch that we had the desire of creating a space for contemplation," explain Murad. The word “oca” comes from the indigenous Tupi-Guarani language, which is used by a large group of Brazilian Indians. It’s the name given to their collective houses, usually made out of organic raw material, a wooden structure, bamboo, straw, and sometimes palm trees. They are handmade, and building them takes about a week if there is a good amount of people. The trio used natural forms to create the project so that it would integrate with nature rather than clash with it or cover it in any way. The vertical structure is a spiral composed of 420 rusty metal slats on top of a wooden deck. The concept behind OCA allied with the chosen raw materials and the absence of straight lines generates a truly organic design that flirts with Burle Marx’s style.

“OCA is a sculpture. It is the core of the project as a whole, but the deck itself is composed of other elements that we created based on the ideals of the project, such as sofas, chaises, and tables. The project also has a desert garden created by our landscaper Wanderlan Pitangui, which also makes is a space that induces both reflections and relaxation, ” explains Jessica.
“Nature has also heavily guided our choice of materials, that’s why we have come with marble stones for tabletops. Marble is a mineral material with rich textures. The color palettes adopted in the project refer to the mountains, as said before, a ubiquitous element in the area ”adds Barbara.

A few meters ahead there is an extensive corridor also designed by the trio, who wished to escape the obviousness that it would merely be a passageway and created the most instagrammable spot of the exhibition. The corridor has a slatted panel with mirrors strategically positioned to reflect: OCA, Serra do Curral, the colors of the sunset, people, movements and lights of the event. In front of the mirror, hanging from the hallway ceiling, there are swings held by french cables. The swings made out of burnt wood by Rodrigo Calixto quickly became the selfie hot spot and are all around social media. The 25th “CASA COR Minas” has 60 different environments designed by 94 professionals, including architects, interior designers, and landscape designers. 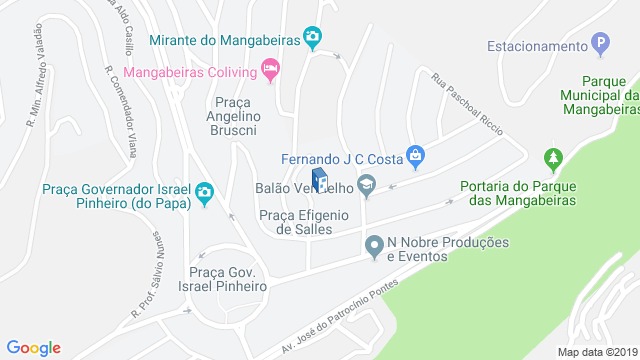