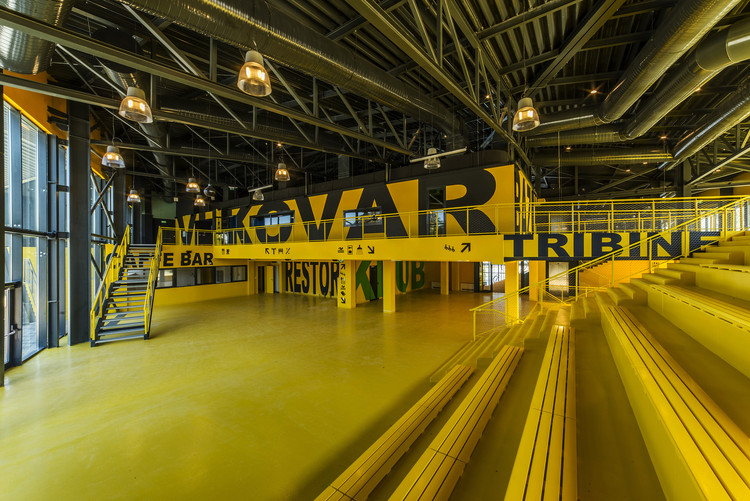 Text description provided by the architects. Swimming pool Vukovar is located on the site of the old, open-air swimming complex in Borovo naselje, which had been destroyed during the war of the 1990s. The former, torn down the pool in Borovo naselje was not only a sport and recreation center, but it was also a place of encounter, fellowship, the place of social interaction of people from Vukovar as well as their outside visitors. On the site of the previous swimming, complex architects faced an entirely devastating rectangular plot, positioned within the defined recreation area: bordering a big sports hall to the south and to the north, an outdoor tennis center, and football court. Work on the new project began in 2004 and in the subsequent 13 years, the complex was designed, developed, redesigned, reworked, constructed, demolished, suspended and relaunched, finalized and concluded, tested and appraised and, at last in 2017, open to the public.

Swimming pool Vukovar is designed as a compact building intended for a variety of activities and programs related to water sports. It is a composite structure and a heterogeneous assembly which simultaneously opens up and closes off; rises drops and transforms; communicates with all of its users. Different entrances, corridors, walkways, halls, and rooms compound into designed flows and passageways, defined by their various usage routines. The building expressively but purposefully shapes and lends itself to its variegated customers. The west side of the building is a multi-channeled entrance into the complex. Apart from the main ground-floor public entrance, there are two separate entrances on the flanks of the facade which serve to divide the regular users.

On the opposite, that is the east side of the building, which looks on the river Danube and the access road with parking for users, one comes upon a ramp which leads to yet another entrance to pool facilities. Towering over the east facade is a large vent tower/chimney, at the same time a spatial marker, a totem, and a colossal spotlight for the outdoor swimming pools. To the south of the building is the outdoor swimming area with a smaller training pool, appropriate for use by non-swimmers, and a larger sized pool for play, recreation, and leisure. The steel structure, monumental installations, complex systems of ventilation, heat and moisture conditioning, lighting, the speed tracking, and timing technology, smart systems, and the building surveillance - are all painted in anthracite grey.

In strong contrast, the public spaces, stands, hallways, and corridors are yellow, coming together as an uninterrupted surface and creating a continuous space to be traversed in all directions and used for a variety of activities. The signage orienting the visitor within the adjunct spaces of the building is done in a number of strong colors, with each program and activity marked by a specific hue, suggestive of its content. The lengthy and uncertain realization of the Swimming pool Vukovar was brought to its conclusion with a grand opening ceremony and a communal sense of relief: finally, this idea of great magnitude and complexity was realized and put to use by the public, athletes, Olympic athletes, sports clubs and associations from Vukovar, Slavonia, and the wider region. 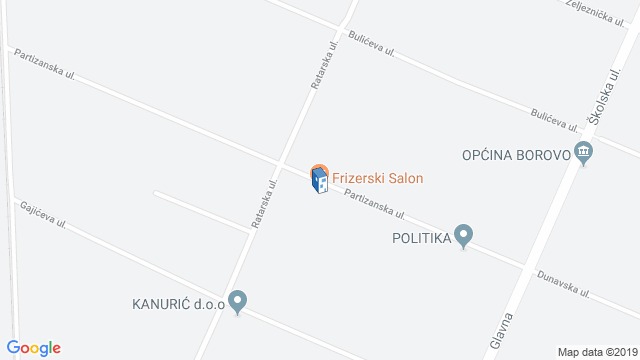