Text description provided by the architects. The sheepfold in Bargerveen is the biggest sheepfold in the Netherlands. Along with the province Drenthe and Staatsbosbeheer as the clients, an extraordinary ensemble is created where the circular/biobased character is exemplary for the current and regional architecture. Bargerveen is a protected landscape situated between Emmen and the German border. This is a high peat reserve where the aim is to preserve and restore the existing peat. To achieve this, the water management needs to be in order. The Bargerveen is permanently managed by a shepherd with a herd of nearly 1000 sheep and 80 cattle. King Willem-Alexander (NL) has officially opened the sheepfold in September 2018.

Location. The new sheepfold is situated in an area marking the transition from the old high peat on the Bargerveen to the farmlands around the village Weiteveen. The current height differences of the terrain form the contours for the new plan. The lower parts of the terrain will be used to manage the water and the higher parts will be used for the buildings, roads and paths.
Business vs. public. The plan has a clear separation between the public and the business part of a sheepfold. This last part is organised around a central courtyard. This courtyard is not accessible to the public. The separation is made clear by using a different type of paving.

Service buildings. The service buildings are characterized by green roofs with a gentle slope and roofs with steep slopes containing anthracite steel roof and solar panels. Due to the heavy load of the roofs it was more sustainable to use wooden trusses. The façades are made of a concrete baseboard followed by vertical half open cladding consisting of domestic Larch. Under the overhangs a diversity of bird boxes are included in the façade. In the staggered ridge a strip is made for ventilation and day lighting in the barns.

Public. The public part, with a building containing a restaurant and an information space, is situated on a prime spot next to the shepherd’s tracks where the sheep walk to the sheepfold. On top of the building is a panorama terrace, it has a wide vista over the area. The paths in the landscape connect to the public balconies inside the sheepfold and cattle stable. This ensures that the visitors can be very close to the animals without any safety risks for either party. Boulders accentuate the public route to this building and to the activity meadow and the public balconies.

Circular/Biobased. In the buildings and the landscape, the maximum use has been made of the biobased materials. The ensemble is built by a local contractor and with the use of local materials. A minimalized transport distance is part of a sustainable building. The building components are easily disassembled, making sure the materials can be re-used. All of the used wood used has originated from the forests owned by Staatsbosbeheer. The paving and stone facades are made from boulders that originate from the areas owned by Staatsbosbeheer. 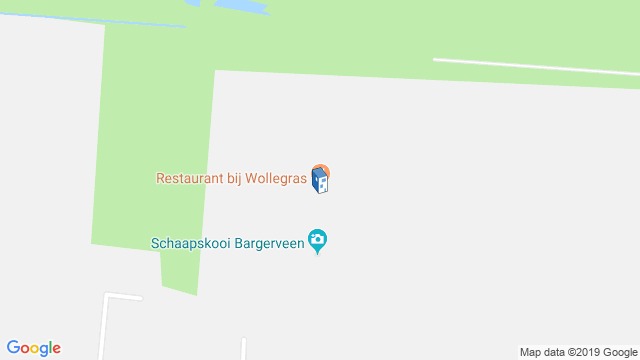 Location to be used only as a reference. It could indicate city/country but not exact address.
Share
Or
Copy
About this office
DAAD Architects
Office
••• 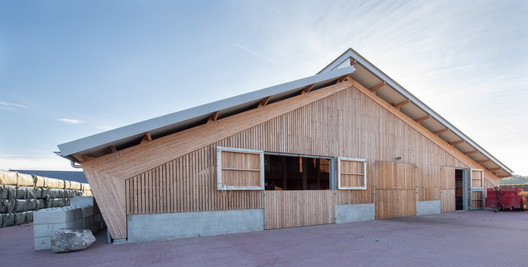