GoArchitect have launched a “fast-paced card game” aimed particularly at “raging architects,” challenging competing players to build a new city. Titled “CITY,” the game is currently in the process of development, with a Kickstarter campaign launched to fund the first batch. The game pits players against each other, with would-be tycoons trying to build a complete city while interfering with their competitors’ efforts.

Players create their city by placing building cards on the table in front of them. If they have 4 complete buildings on the table, they win the game. However, at every turn, opponents will ruin their dreams by attacking their city with every architect’s worst nightmare: bad reviews, art thieves, and pollution.

Happily, players can protect their city with defenses such as drones and eco-hipsters. If all else fails, players can also use “wild cards” to disrupt the situation, using special powers of confusion, theft, and doom through events such as a New Mayor or Aggressive Takeover.

At the moment, the game is available through a Kickstarter campaign at the price of $20 for the original edition, and $35 for a double deck. The game ships anywhere in the world, with an estimated delivery in July 2019. 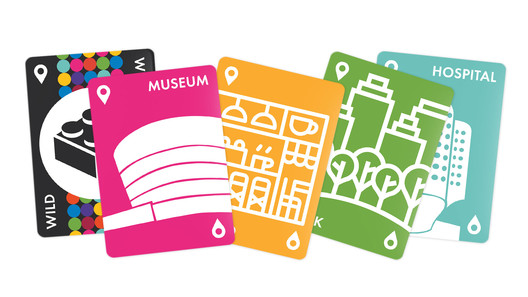