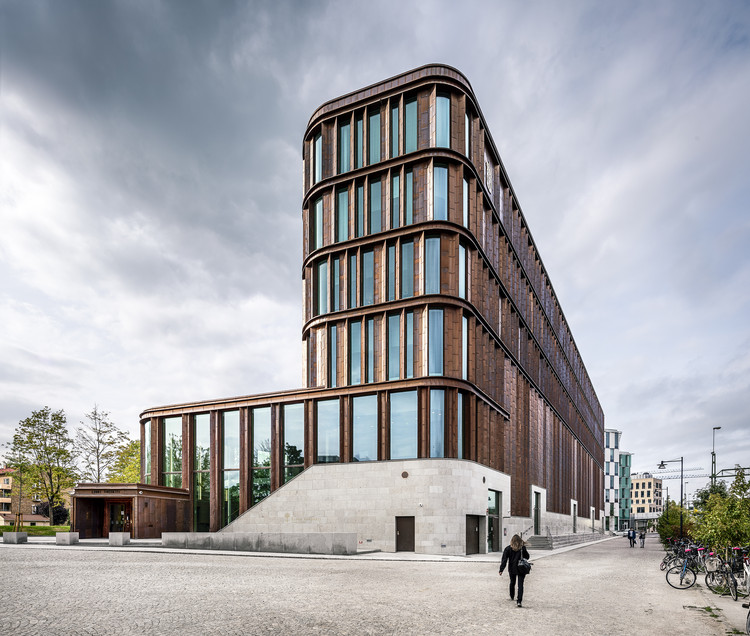 Text description provided by the architects. FOJAB was selected to create a new court building in Lund, with Specialfastigheter, a property company specialising in high security buildings, as the client. The aim was to create the most modern court building in Sweden.

The new district court is an element in the growth of central Lund immediately to the west of the railway line, where the building is sited next to the park named Bjeredsparken. The existing blocks of buildings north of the site open to the park and the new district court slots into the urban structure, bringing the light and green space of the park into the building while forming a clear boundary between the park and the railway line.

The building is part of the same contextual entity as Kristallen, the municipal office building. To the south, facing the new square, Tingsrättsplatsen, the building drops to two storeys high as visitors enter the court. The façade is in copper and glass with vertical elements helping to screen the sun while horizontal bands lend a sense of scale. The building is set on a plinth of limestone one storey high, slanting to embrace the stairs in the public space which open onto the surrounding park and cityscape. A mirror of water reflects light and the green trees into the building while creating a respectful distance, safeguarding the privacy and security of justice from the public gaze.

The copper sheets, glass and limestone work in harmony with the curving oiled ash panels of the interior. The areas open to the general public are housed in an open space spanning two floors with large expanses of glass opening onto the park outside. The relationship between transparent and non-transparent sections is carefully considered to balance views, daylight and visibility. The shape of the building produces two roof terraces adjoining staff canteens.

Taking the district court’s needs for separated flows as a starting point, the logistics have been resolved by spacing entrances around the whole building, which in turn energises the urban space. Internally, there are four different security zones for the general public, prosecutors and lay judges, other personnel, and people deprived of liberty. 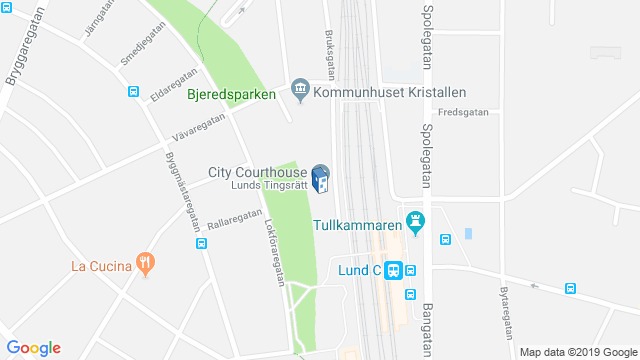 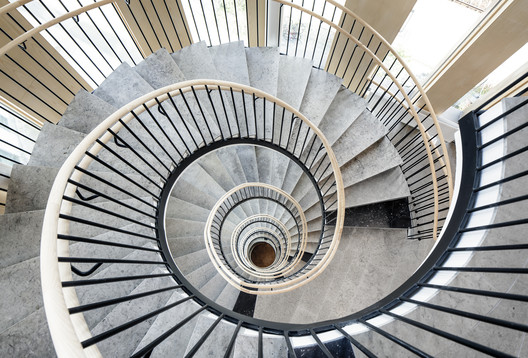