Text description provided by the architects. At the beginning of the 17th century, Vincenzo Scamozzi wrote a treatise The Idea of Universal Architecture, which, among other things, touched upon the subject of urban planning. This book was read by the 22-year-old Prince-Archbishop, who then ruled Salzburg. He built many houses under the impression from Scamozzi’s work, thus creating in the Austrian city a surprisingly beautiful combination of streets and squares – a public space that people enjoy to this day.

The main idea behind this historical example is that of the importance of using a wide variety of sizes in architecture, both horizontally and vertically. Even now, the presence of such alternation still largely determines the quality of any space, whether it is housing, a shopping centre or a city block. The principle of diversity described by Scamozzi has been known for hundreds, if not thousands of years, but in modern architecture it has been increasingly abandoned: most buildings today are constructed in the same style and size, repeating each other endlessly.

When the architectural studio PETER EBNER and friends ZT GmbH started working on a conceptual project of a residential building in Salzburg (Austria) for 2 owners, there already was a building on the site that was an object of cultural and historical heritage. It was built in the 16th century, under Prince-Archbishop Wolf Dietrich von Reitenau, and was used for a variety of functions over the years. At different times, the building was a smithy, a stable, a residential house, a warehouse; it was also used for military needs.

One of its facades still bears the original Prince-Archbishop’s coat of arms, and on the ground floor there are Romanesque columns from Salzburg Cathedral, which were brought here while the latter was undergoing reconstruction. Though the historical building had been neglected for a long time, the possibility of architects interfering into its appearance provoked anxious reaction from the local committee for protection of monuments, the residents of the city, and representatives of the media.

Obviously, the project needed extremely sensitive approach, and PETER EBNER and friends ZT GmbH faced a dilemma: either to preserve the building without changing anything or to concentrate on its beauty and try to reinvent it. The head of the architectural firm notes: “I wanted to consider all the solutions that would combine ‘the old’ and ‘the new’.” As a result, two new floors were built over the historical part of the project so that the outline of the resulting building began to echo the contour of the medieval Hohensalzburg Fortress, which proudly overlooks Salzburg.

This form was obtained by using in the modern part of the building the principle of diversity, described by Vincenzo Scamozzi in The Idea of Universal Architecture. Architects at PETER EBNER and friends ZT GmbH add that in the interior of the two new floors they “wanted to create a likeness of the historical city, with its alternation of squares and lanes, open and intimate spaces.” When you get into the modern part of the building, you as if find yourself in a magical labyrinth, where there is an oval room behind one corner, a winter garden behind another, and a staircase that seems to lead to clouds beyond the third. Each space here, no matter large or small, can be separated from the other spaces, closed off, or, vice versa, be opened and integrated with them.

Residential buildings are often described as suitable either for introverts or for people who, on the contrary, prefer noisy companies. The house designed by PETER EBNER and friends ZT GmbH in Salzburg, due to the flexibility of its spaces, can be adjusted to the character of any inhabitants. In this building, it is easy to find “your own place”, or even to model it yourself. Due to the use of green technologies, the house is distinguished by low power consumption – approximately 10 % of what is typically consumed by a similar residential building in Austria. For example, the underground heat pump allows you to maintain the water temperature in its outdoor pool at +32 ° year-round.

The laconic metal facade of the new part of the building softly reflects the surrounding greenery and other buildings. The game of reflections on the façade is constantly changing, depending on the time of day and the time of year; thus, the concept of flexibility and the principle of diversity are realized in the external image of the project, too. Architects at PETER EBNER and friends ZT GmbH describe this effect as “iridescent water surface,” adding that “it is also pleasant to look at”. The silver facade of the two new floors is organically combined with the ivory-coloured stucco facade of the renovated historic building. “The old” and “the new” in the project complement each other in such a way that it seems impossible to imagine one without the other.

After “more than 20 years have passed since our very first project here was done back in student days, and, compared to those times, Salzburg has become a difficult place for high quality design, mainly because of the incompetence of some local construction companies.” Speaking about his experience of working on the residential building, he said: “You never cease to be surprised when you see that people come to all negotiations accompanied by their lawyers, and it starts to seem to you that you are now building in New York, although in fact you are only in a small town.”

But they all forget that the topic is high Quality, long time lasting finishes..., what is famous for german speaking contries, should and is the main objective. Well, it is never easy for architects to work with an object of historical heritage, irrespective of the part of the world, specially with 2 owners.

Thus, it is especially valuable when the result, obtained over years of constant struggle with various obstacles, turns into a pleasant surprise for the city and becomes its new/old architectural landmark. at PETER EBNER and friends ZT GmbH fondly call their work “a hidden treasure,” and this name is more than justified: the building, located within walking distance of the historic centre, has its own small garden with an alley leading to it, and boasts beautiful views. At the same time, it is hidden among three-story buildings and can hardly be seen from the street. The “hidden treasure” opens only to those who know the path to it. 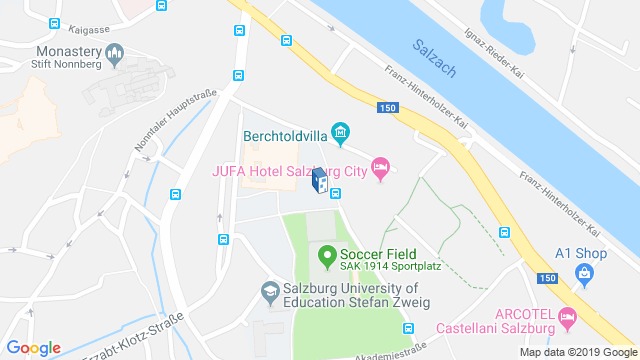 Location to be used only as a reference. It could indicate city/country but not exact address.
Share
Or
Copy
About this office
PETER EBNER and friends ZT GmbH
Office
•••