Save
'The Things We Were Talking About, He Went and Did It': Sir Nicholas Grimshaw Awarded 2019 RIBA Gold Medal
Share
Or
Copy 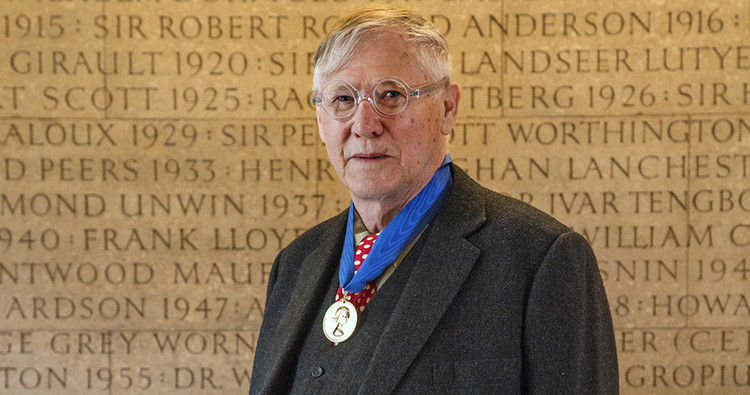 Grimshaw was nominated for the award by architect and former employee Simon Allford of Allford Hall Monaghan Morris (AHMM). In his nomination, Allford stated:

"The focus then as now was on how buildings should be designed from the outset to respond for the need to change over time in use. The preoccupation was how plan and section could define use, structure, and detail to allow for this change...[his] particular view on the world thus combines an interest in architecture at the scale of infrastructure, with construction and detail. His focus is on how the technology of new and, wherever appropriate, old materials can work to make an architecture that engages in size (form and silhouettes), detail (celebrating the maker's mark), energy performance, and long-term capacity for adaptive use. It is this breadth of interest that has made his work both distinguished and of importance to architectural discourse."

Grimshaw's career began shortly after his student days at the Architectural Association, where he studied under Sir Peter Cook and Richard Rogers, both of whom supported Allford's nomination of Grimshaw. Many of Grimshaw's early projects were completed in collaboration with Terry Farrell, with whom he shared a pioneering fascination in the High Tech movement. Notable early works include 125 Park Road (with Farrell), Camden Town Sainsbury's, and the British Pavilion at Expo '92.

"[Grimshaw] was a student of mine at the AA in 1964-5," wrote Sir Peter Cook in his nomination statement. "Rapidly afterwards he produced projects that were important theoretical and practical markers - the Bathroom Towers, the Metal Apartment Tower near Regent’s Park and the Factory at Bath. Rather than lapsing into ordinariness, he continued to do great work. Certainly, the railway station in Melbourne: that I have been to, is one of the most poetic and beautiful ‘high tech’ buildings in the world."

Indeed, Grimshaw is perhaps best known for his groundbreaking infrastructural work, including Waterloo Station, Heathrow Terminal 3, Southern Cross Railway Station in Melbourne, the Fulton Center in New York, and the Eden Project. The Architects' Journal reported in 2018 that Grimshaw would turn to the North of England for the next iteration of the Eden Project; it has been copied by various designers (including Bjarke Ingels) in locations as far-flung as Qingdao, China, and the United Arab Emirates.

The RIBA Royal Gold Medal for Architecture is a practically an institution unto itself, having been awarded since 1848. Previous notable recipients include Frank Lloyd Wright (1941), Norman Foster (1983), Zaha Hadid (2016), Frank Gehry (2000), and Neave Brown in 2018, for whom a RIBA Award for Housing was named earlier this year.

To coincide with the award, RIBA has opened a free exhibition dedicated to chronicling the course of Grimshaw's career over the last half-century. 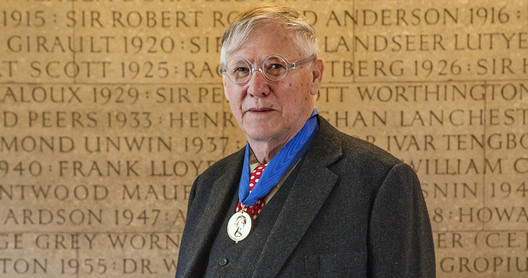