Text description provided by the architects. The archeological site of Troy has been inscribed as a UNESCO World Heritage Site in 1998 because of its outstanding universal value as a site that has witnessed various civilizations for over 4000 years and has been a significant influence on the development of the European civilization, arts, and literature over two millennia. Museum of Troy, located 800 meters from the site, is honoring this heritage and is a medium to tell the rich history of Troy in relation to its natural, cultural, artistic and archeological context. The museum building was acquired as a result of a national architectural design contest held by the Ministry of Culture and Tourism of Turkey in 2011. The museum was opened to visitors in October 2018 as a result of 7 years of work. At the same time, 2018 was declared by the ministry as the “Year of Troy”.

The winning team, Yalin Architectural Design, inspired by the idea of an “excavated artifact”, created a robust cubic form of 32 by 32 meters, wrapped it in a metal (corten) coated shell that rusts in time evoking the connection between past and present. The design conceals all supportive functions underground on one floor. The 2000 sqm exhibition space is located within the cube and divided into four floors and a terrace accessible by ramps.

The visitor descends in the cube along a wide ramp, leaving the Trojan landscape behind, and arrives at an underground band encircling the rust red, earth-colored exhibition cube rising through the transparent roof. The exhibition is divided into 4 floors: Troad and its Cultures, Bronze Age Troy, Iliad and the Troad in the Classical Age, History of Archeology at Troy. The exhibition presents several stories along a chronological timeline highlighting technological change, social organization, political and economic relations, urban development, daily life, arts, and craftsmanship. The visitor gets the opportunity to explore, read, watch, contemplate and interact with the exhibition at own paste. A special storyline is integrated within the exhibition for younger visitors, evoking their curiosity and facilitating engagement with the artifacts.

The history of archeology in Troy has delivered a rich knowledge about the site and the Trojan landscape. The Homeric epic has an immense influence on cultural imagination. The exhibition brings these two forces together to create an understanding of the layers of settlement in Troy and its political and cultural impact in history. The terrace offers a preview of the site of Troy as well as other significant sites in the Troad as mentioned in the Illiad and excavated by archeologists for decades. Museum garden is built within an olive grove and offers the visitor a chance to explore the Homeric landscape from near. Having visited the museum, the visitor can follow the footsteps of the Trojans to their city which awaits to tell a story that never disappoints. 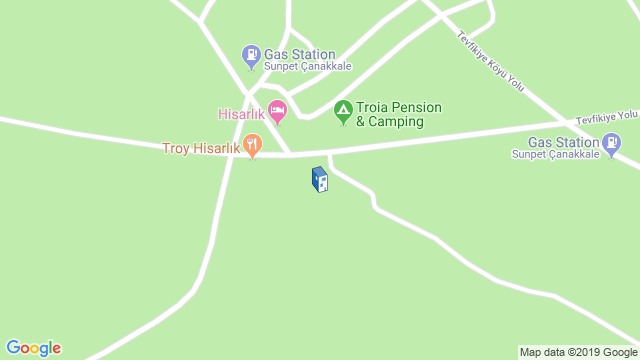 Location to be used only as a reference. It could indicate city/country but not exact address.
Share
Or
Copy
About this office
Yalin Architectural Design
Office
•••