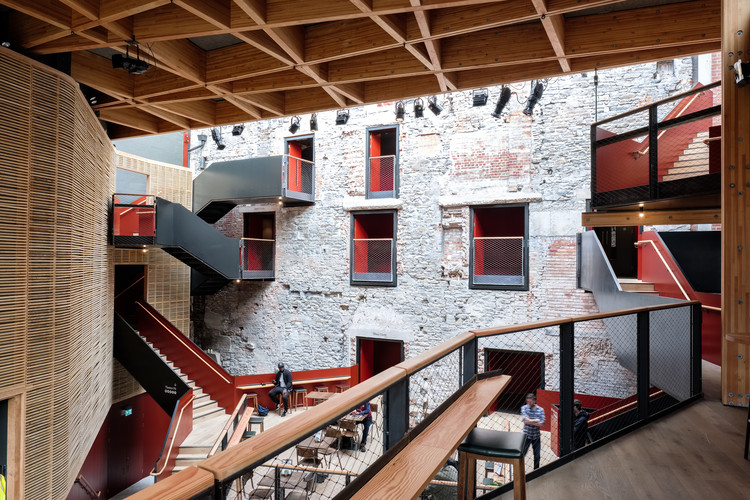 The foyer is conceived as an informal extension of the street, as much a covered public square as a discrete building.  The space is framed and covered by structural timber and glass to bring daylight deep into the room. The centrepiece of the space is the much-altered façade of the Georgian auditorium, visible from the street for the first time, illuminated by a large light well and punctured by new openings to overwrite the visible evidence of historic alterations.

Mezzanine galleries, winding timber staircases and viewing platforms allow the entire audience to move up, down and around a single, convivial space before and after each show, and the local community to enjoy the foyer throughout the day as a café, bar and meeting place.

The south facing street façade has been conceived as a public art work, consisting of moveable sun shading shutters, operated by hand and incorporating the text both of the inaugural address given by Garrick in 1766 and a poem by former Bristol City Poet Miles Chambers. The text highlights the importance of the theatre’s long history but also looks forward to its role in the current and future life of the whole community.

In addition to the main foyer, a new studio theatre occupies the former barrel store of the Coopers’ Hall at ground and basement levels, enlisting historic wall surfaces and allowing daylight from street level windows.  The original Coopers’ Hall at first floor has been converted back to a grand public room overlooking the street, serving both as an extension of the foyer and as a self-contained function room. 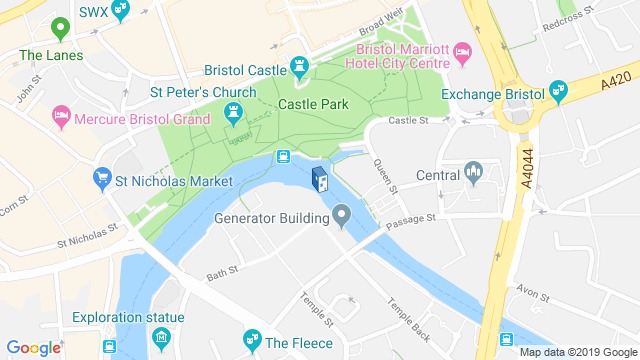 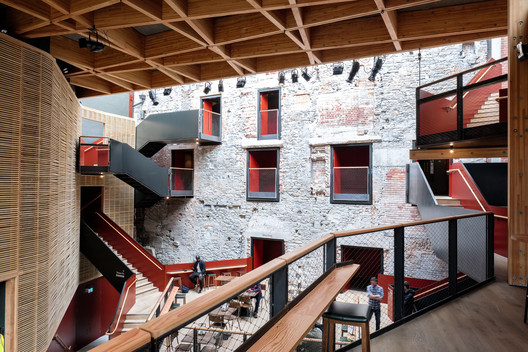