Saudi Arabia’s Crown prince Mohammed Bin Salman is reported to be in discussion with U.S auction house Sotheby’s regarding the creation of a major cultural center, to be situated in the country’s archaeologically-rich region of Al-Ula. As reported by Bloomberg, the center would sit in close proximity to the ancient UNESCO World Heritage city of Mada’in Salih, among elaborate 2000-year-old sandstone buildings.

The link with Sotheby’s centers on the company’s co-chairman Allan Schwartzman, who also sits on the advisory board of the Royal Commission for Al-Ula which aids the region’s development. Schwartzman is also the leader of Art Agency Partners, Sotheby’s art advisory firm, which has submitted its vision for the major arts and cultural complex.

In a statement to Bloomberg, a spokesperson for the Royal Commission for Al-Ula said the collaboration with Sotheby’s was in an “exploratory phase.” So far, Sotheby’s has invited over a dozen artists to submit proposals for the plans, with no works yet commissioned. Rather, Sotheby’s sees the artists’ task as to “dream their biggest dream and envisage a project which may or may not be realized, but will represent the ultimate expression of them as an artist.”

While the spatial realization of the area’s redevelopment does not currently exist, a strategic plan for the area is underway. Any subsequent masterplan could take six to nine months, with construction taking an additional three to five years. 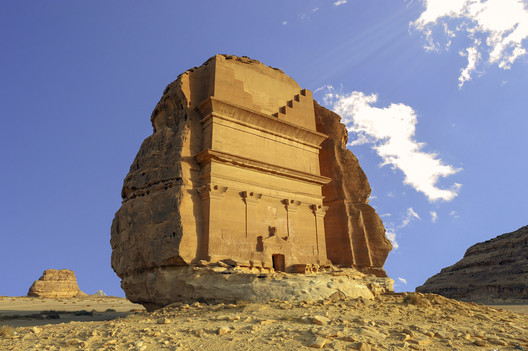