Text description provided by the architects. The observation tower emerges from Targówek, the postindustrial district of Warsaw.

The aim of the project was the creation of an area far from the city centre that enables citizens to enter a quiet space after a hectic day. In addition, the adaptation of the postindustrial zone has brought new life to the abandoned district.

While visitors wander around, the silhouette of the tower changes dynamically and the diversity of the elevations of the structure is clearly visible.

There are two spans of the footbridge that leads the visitors to the entrances from different directions. The direction of the paths generates a rotation of the construction balancing the structure at the same time. The idea was to utilize the different pathways to show how a tower can change based on the angle you view it from. The curved vertical beams used in the project bring a dynammic element into design without sacrifing the integrity  of the structure.

It is possibile to reach the top of the tower in two ways: either by a curved staircase or by the climbing wall.

There are two entrances to the staircase that are located at different levels: the small bridge and the nearby square. The idea was to avoid exposure of the stairs by hiding them between two structural walls, one of which is the climbing wall. The hiding of the staircase generates a shadow that is critical for travellers going up or down. There are terraces where the visitors can have a rest and admire the view before reaching the top. The reward of reaching the peak is a wide scenic view of the lake, boatyard, beach and the woods. 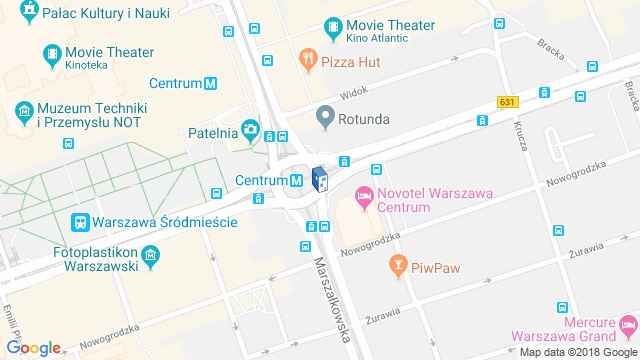 Location to be used only as a reference. It could indicate city/country but not exact address.
Share
Or
Copy
About this office
RYSY Architekci Rafał Sieraczyński
Office
•••
Palmett - Markowe Ogrody
Office
••• 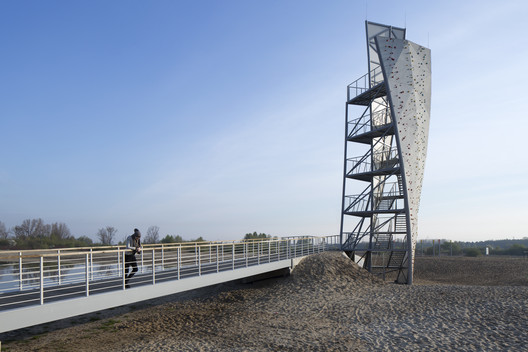