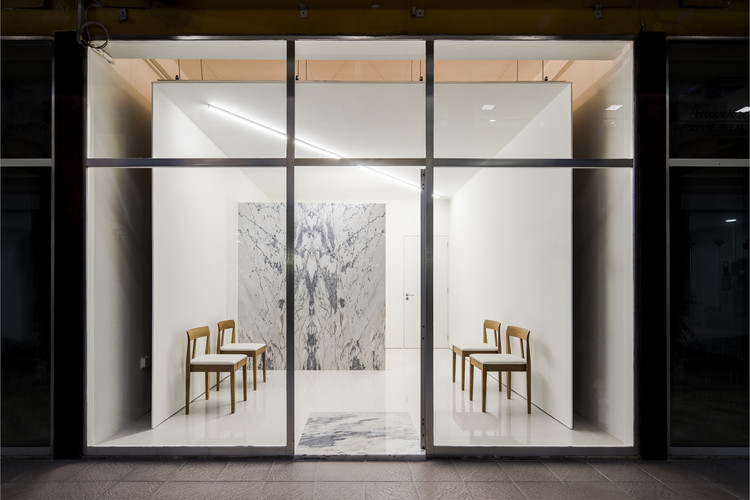 Text description provided by the architects. A 49 sqm store is located in a 1st generation shopping mall that tries to resist the abandonment. Due to its location in the city center, there is still some activity although part of the occupation are the shops marked by successive transformations that create a palette of the suburbanite.

The project itself is ambitious in its attempt of integration by promoting a performative, stylized, simplified space that contrasts in all its valences with its surroundings. The program consists of an oriental medicine center that had to be built at a controlled cost. It's proposed an adjustment in all the infrastructures and the relocation of the bathroom which becomes a space of mediation between the waiting room and the workroom.

The reception proposes a "box inside a box" showing the original and infrastructural perimeter of the store, drawing a scenic space stripped of any signs. This strategy solves the minimal use of the building features and launches the entire interior atmosphere that was only painted and added a skirting on top of the new pavement. The subdivision of the work cabins is constituted by planes that float in space allowing a dynamic use by the therapist creating a unique atmosphere of treatment. 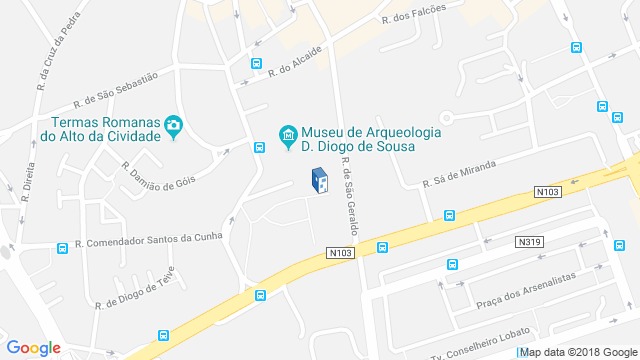