Morpholio Trace and Shapr3D have joined forces to imagine a new workflow for iOS 12. Their new feature named “Drag’n’Fly” allows users to “literally put a live 3D model into their Trace sketches, create infinite views and then, automatically generate the perspective grids to draw over.”

Designed for the iPad Pro, Drag’n’Fly seeks to streamline the existing process of architects exporting one view at a time to sketch over. The new feature offers an infinite number of views to draw over, allowing designers to navigate around a 3D model from sketch to sketch to create a narrative, or zoom in on spatial details. 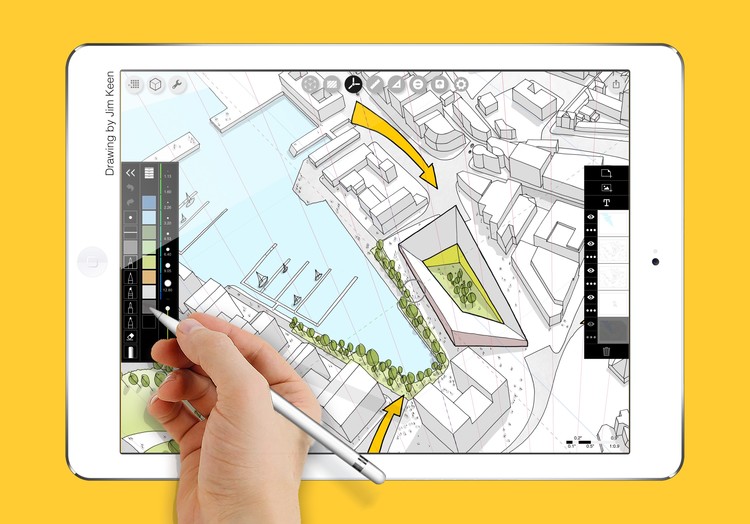 The iPad Pro has now become as powerful as our computers and has made it effortless to work between apps. This opened up the gateway for Shapr3D and Morpholio Trace to rethink the design workflow, finally fusing together sketching and 3D modelling.
- Anna Kenoff, Co-Founder, Morpholio

The collaboration with Shapr3D means designers can use the software to build simple or elaborate 3D models capable of being exported into Morpholio Trace. With live models imported, Trace automatically sets vanishing points and perspective guides for each view. Designers can then use colors, brushes, and other Trace features to create elaborate drawings. Tapping between views allows designers to create an animated series of sketches, creating a storyline as they progress through the scheme.

We’ve been called ‘the app that changed the iPad story from TOY to TOOL,’ and we see the same thing with Morpholio Trace. It is a unique sketching software that puts design first and is exactly what our users need to advance their work and collaborate around 3D modeling.”
- Istvan Csanady, Co-Founder, Shapr3D

The Morpholio Trace and Shapr3D apps can be downloaded from the Apple App Store. Drag’n’Fly was developed with the aid of illustrator Jim Keen and architect Louis Daniel Brousseau.

News of Drag'n'Fly comes shortly after Morpholio announced a "smart fill" extension to calcuate areas in drawings as they are being created. 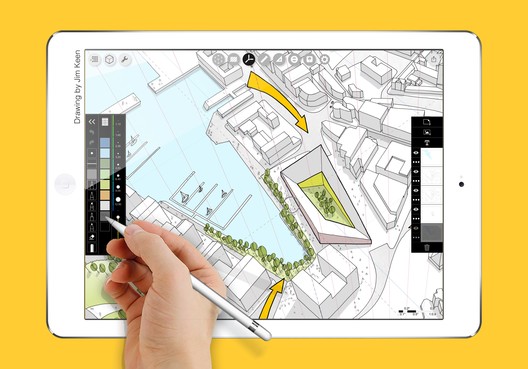