Text description provided by the architects. The Xinyi district of Taipei, where the building site is located, is a cosmopolitan tourism area that symbolizes the city as a whole. Based on a new urban plan drawn up by the government that encourages cityscape-conscious development, the area has grown into a business center with a range of amenities including shopping, arts facilities, and international exhibition spaces. The building stands on the former grounds of a trade center adjacent to Taipei 101, the tallest building in Taiwan, on the southern edge of Xinyi. Mitsubishi Jisho Sekkei won a government-led development competition to partner on the project with Nanshan Life Insurance, which has a fifty-year lease from the government and planned to construct an office and high-end shopping complex to re-energize the district.

The first time our team visited the site—a long, thin, piece of land measuring 100 meters north-to-south and 270 meters east-to-west—we noticed the way the flow of people and energy from the shopping district to the north ended there. In order to attract visitors to the site and create a lively atmosphere, we proposed a new landmark tower to draw people from a distance, paired with a human-scale podium to welcome them in. The idea was for the 272-meter tower to form a set with Taipei 101, creating a new skyline for the city while harmonizing with the existing neighborhood.

The tower is occupied primarily by offices, with restaurants featuring dramatic views on the top three floors. The architectural design, inspired by the image of two hands joined in a prayer of thanks and peace, expresses the insurance company’s gratitude toward its customers and desire for them to enjoy health and peace. A low-rise “Retail Annex” and the “Cultural Entrance Annex,” a multi-purpose cultural hall, adjoin the tower on either side, linking horizontally to the bustle of the surrounding neighborhood.

The “Retail Annex” is comprised of three large cubes offset in alternating layers, like hands placed on top of one another. The entire façade is covered with an artistic, three-dimensional cast-stainless-steel motif of plum blossoms, the national flower of Taiwan. The building makes abundant use of other handmade decorative elements as well, which are intended to inspire an appreciation of craftsmanship. The “Cultural Entrance Annex” has a trussed shell whose sculptural form seems to invite people in with outstretched hands.

In the evenings, Taiwan’s first rooftop bar glitters at the peak of the tower, while the plantings on the retail tower terraces blend in with the adjacent park, further enhancing the attractiveness of the building from afar. The contemporary architecture may present the illusion of having been created automatically by computers and machines, but in reality, human hands come together at every stage of design and construction Taipei Nanshan Plaza fully expresses the spirit of creation symbolized by human hands. 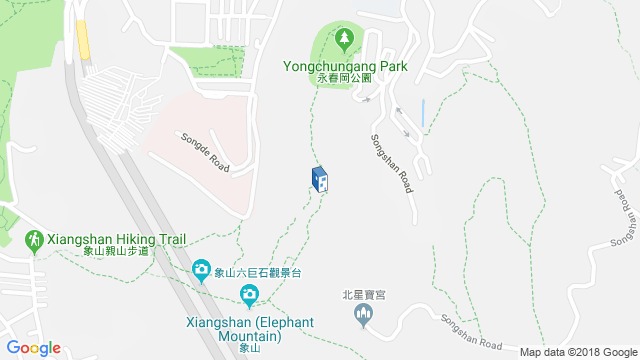 Location to be used only as a reference. It could indicate city/country but not exact address.
Share
Or
Copy
About this office
Mitsubishi Jisho Sekkei
Office
•••
Archasia Design Group
Office
••• 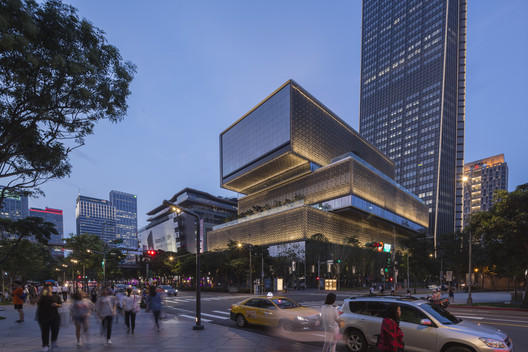