Text description provided by the architects. Located in Chongwu, Fujian Province, Fengying · Stone Art Museum exhibits the works of national master sculptor Wu Deqiang. It is also a renovation project in a carving work factory. The architect has incorporated three courtyards with different layouts into the building, thus creating a self-contained world without being isolated from the outside.

There were formerly several stone processing plants, a newly completed office building and three bungalows on the site. The bungalows were once the sculptor’s studio, preserving a lot of precious memories despite its old appearance. The 10-meter-high sculpture workshop in the vicinity would emit dust at work. The slightly messy scene and busy stone carving workers jointly give a hint about the key to the design: How to create an undisturbed exhibition space in the current environment? How to make up the difference between the sentimental value carried by the old buildings and the use value?

Enclosure and Gap
Given the limited 600-thousand-yuan budget to cover the basic maintenance, engineering and installation of the project work, the architect has adopted an internalized strategy that values elegance based on a small size in order to eliminate the adverse factors around the site. The exhibition hall completed takes on a square shape which is simple and complete. Three gaps are carefully conceived to allow a glance from either inside or outside, implicitly connecting the two spaces.

Past and Future
The architect retained three old studios filled with memories and expanded the new building on the south side of the old house. The courtyard inserted links the two halves of the building that respectively represents the past and the future into a complete space. The continuous space under eaves gradually leads visitors to the entrance of the sculpture hall. The lively courtyard serves as a natural transition between different space and time that alleviates the sharp contrast between the new and the old buildings.

Nature and Artificiality
Considering that the works vary in size, the architect didn’t use conventional full artificial lighting, but proposed to introduce natural light into the hall for a better vibe. For large sculptures are usually displayed outdoors and natural light is more likely to create a genuine exhibition environment, and specially designed artificial spotlights are more suitable to display miniature sculptures.

The exterior wall of the building is made of local stone, one of the most commonly used carved stones. The vertical, linear arrangement of stones forms an arc-shaped concave-convex gradient effect as if the surface of the rock surface is raised, making the wall surface look very vivid.

Three Gaps and Three Courtyards
The old and new buildings retain their own independent structures. The gap between the walls implies the central D-shaped courtyard, and plays a role of settlement joint and internal courtyard drain.

The U-shaped patio at the southwest corner creates a natural screen that stretches inward. The curved glass scatters daylight to the exhibition hall to create a transparent and bright experience.

The circular courtyard at the southeast corner provides a complete arc wall for the projection room. The curved opening brings subtle and gentle light and creates a light and shadow change on the clean exterior wall. 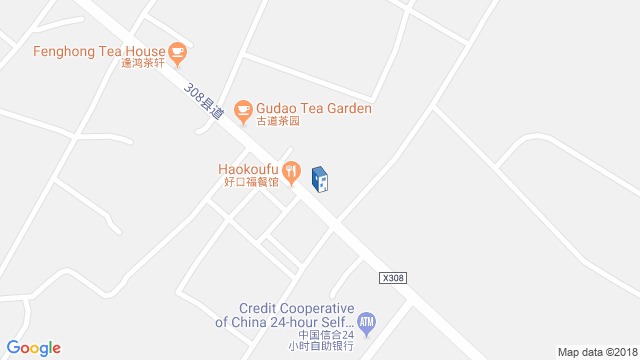 Location to be used only as a reference. It could indicate city/country but not exact address.
Share
Or
Copy
About this office
GOA大象设计
Office
••• 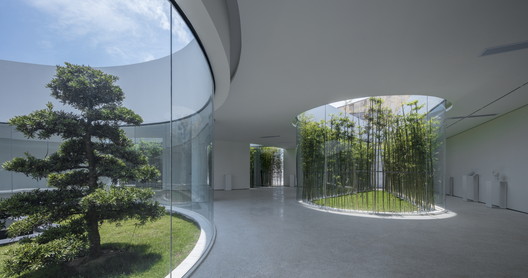