Text description provided by the architects. The project sets the restoration of the Sant Julià's Castle enclosure - 19th century fortress- and the recovery of its surroundings, through the creation of a facility to host a Contemporary Arts Centre, accompanied of complementary services: workshops for artists, auditorium, hotel and restaurants. The fortress is formed by a set of units, built with vaults and walls made of stone with considerable thickness, the majority of them half-buried and communicated through tunnels that run across the mountain.

The lower level of the set hosts the museum area and the hotel is placed at the top, the area that was formerly known as the stronghold, the zone where the explosives used to be stored. A big auditorium with oval section 7,5m high with a reinforced concrete vault cast with natural soil formwork, is placed at the center of the set, next to the main entrance. All the new buildings also incorporate exposed reinforced concrete as prominent building material.

Being a project that combines restoration and new construction there are two basic building solutions. The prominent one keeps the austere fortress spirit of the existing castle, with half-buried walls and green roof covered with soil and vegetation. This concept is complemented in certain areas with glazed walls buildings with lightweight facades and roofs made out of corten steel. 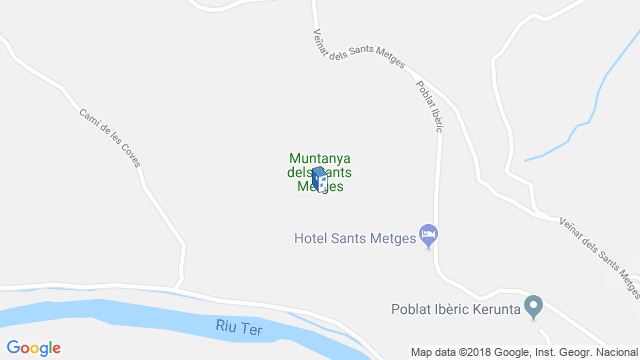 Location to be used only as a reference. It could indicate city/country but not exact address.
Share
Or
Copy
About this office
Fuses- Viader Architects
Office
•••