Cornell University has named J. Meejin Yoon as the next dean for the School for Art, Architecture and Planning. Yoon, co-founder of Boston-based practice Höweler + Yoon, is the first woman to be named dean in the school’s 122-year history. She moves to Cornell after serving as dean for the architecture School at MIT, where she has been on faculty since 2001.

Cornell is regularly ranked alongside MIT as one of the top architecture schools in the United States, and is well known for its rigorous and interdisciplinary curriculum, which unites students across the fields of art, architecture, and urban planning. Yoon is herself an alumna of the school, having graduated with distinction from the undergraduate program in 1994.

It was also at Cornell where she met her future partner Eric Höweler, with whom she founded the firm Höweler + Yoon in 2005. The office is known for its cutting-edge union of form and technology in design, working across a variety of scales and programs. Projects include the UVA Memorial for Enslaved Laborers in Charlottesville, Virginia, ShadowPlay, an installation piece in Arizona, several mixed-use buildings in Chengdu, China, and a number of residential projects across the United States.

“As a designer, I have always tried to work in ways that cut across or sit at the intersection between disciplinary boundaries and I find the eco-system of disciplines and expertise at Cornell extremely substantive,” she said in a statement to the press. “I also see tremendous potential for expanding the role of technology within the culture of design at Cornell, from computational design and digital fabrication to data-driven processes in planning to new forms of media in the arts."

“Design has the capacity to actually make change,” she said in an interview with Cornell University’s newspaper The Sun. “Because Cornell AAP has a strong legacy of both the creative fine arts and design [as well as] planning and the built environment, I think that it can do things that really change the world for the better.”

Cornell AAP made headlines in 2011 following the construction of their new OMA-designed building, Milstein Hall. The school also maintains campuses in Rome and in the New York City Financial District at the Cornell Tech Campus.

Yoon succeeds Dean Kent Kleinman, who held the position from 2008-2018. 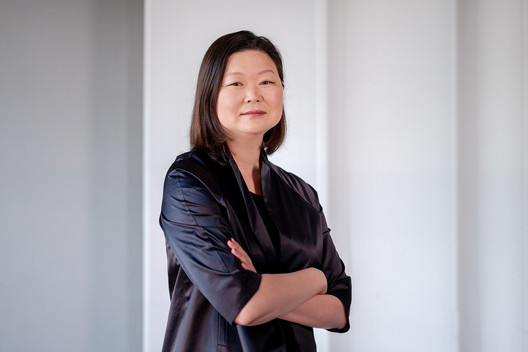