Images of Los Angeles present an limitless city, whose roads sprawl far into the horizon and whose lights never seem to dim. But there is also intimacy to be found in the urban sprawl, not to mention a cutting-edge catalogue for design and architecture. In the new book, California Captured, authors Emily Bills, Sam Lubell, and Pierluigi Serraino show this side of Los Angeles through the lens of photographer Marvin Rand. Rand's spare and understated images of architecture helped define and spread the distinctive Californian mid-century modern style across the world - and introduced viewers to a Los Angeles beyond the lights. Read an excerpt from California Captured here after the break: 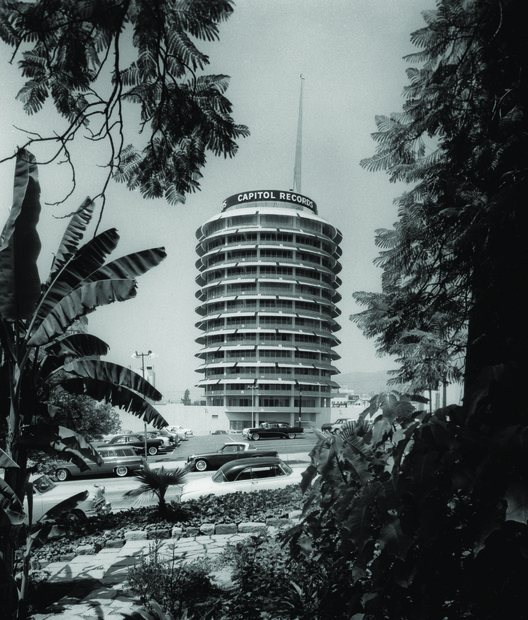 Marvin Rand was a native Angeleno. In a city where most people have come from somewhere else in search of something better, Rand’s photographs—many lost to time since the mid-century—reveal the perspective of an insider. The images he produced reflect a career that celebrated the city’s most important contributions to architectural history, particularly that of California Modernism.

In the mid-twentieth century, Los Angeles was characterized by stunning urban growth, industrial expansion, and a populace of open-minded design patrons. These factors spurred a period of incredible architectural innovation that established this urban conglomerate as a pacesetter on the international design scene. The city’s lush relationship with the outdoors, graceful steel-frame structures, and apparent ease of living also captured the imagination of a broad populace—and continues to do so. LA has been rightfully regarded as one of the world capitals of the Mid-Century Modern.

This LA can’t be fully understood without examining Rand’s seminal role in launching architectural careers and shaping how the city was pictured and marketed. Importantly, his understanding of this period wasn’t based on a reductive idea of what Mid-Century Modern entailed, in terms of a particular way of living or even a specific moment in time. As a sympathetic Angeleno, Rand understood his hometown as a dynamic entity that fostered continuous experimentation. Ever curious, he was a perfect match for the city as a perpetually changing place. He sought out the newest contributions to its built environment while also working to salvage early Modern buildings that had laid the historical groundwork for more recent innovations.

Rand entered the scene at an opportune time. An effervescent publishing industry had embraced the creed that design was indeed within reach for the masses and that it represented the zeitgeist of the postwar California citizen. While Rand’s career must be understood as bridging Modernism to the new approaches that followed, his contribution to promoting Mid-Century architecture is a vital one. Many architects from the period enjoyed a close connection with the photographer: Welton Becket, Craig Ellwood, Edward Killingsworth (and later his office Killingsworth, Brady & Smith), and the firm Ladd & Kelsey, to name a few. They relied heavily on the stability of their working relationship with Rand to project an image of continuity and aesthetic unity that, without taking anything away from the architecture per se, was also the result of a single photographer whose signature—grounded in a strong graphic composition, a focus on structure over lifestyle, and an intimate knowledge of the local environment and culture—was growing together with the that of the architects. 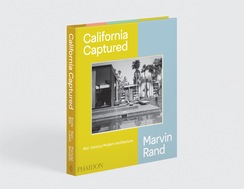