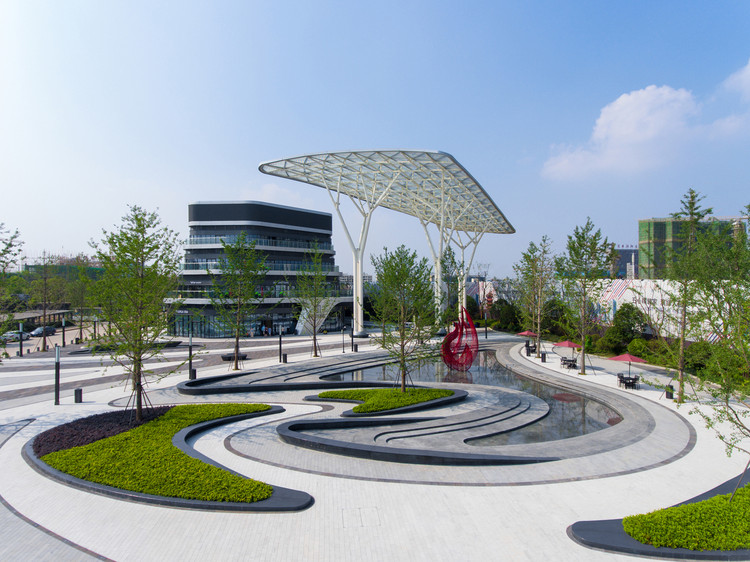 Text description provided by the architects. Wuhan, China. Capital of Central province of Hubei, and the setting for the One City development project by Gemdale, with public domain design by Stephen Buckle and the team at ASPECT Studios Shanghai.

Comprising a cultural and art centre, commercial precinct and eco-shopping gardens, the design of this new mixed-use project is deeply rooted in local culture and people-oriented sustainability. A cultural, social and commercial centre as a place for family, recreation and work.

The brief called for a landmark destination that reflects contemporary Wuhan culture. Our design response abstracts the mythological Chinese Phoenix (originating in Hubei Chu) into a narrative for the flowing land-scape whose fluid lines guide people through the social gathering and event spaces.

A solar ‘tree’ defines the main gathering space of the central plaza casting an extensive canopy across the main entertainment space sheltering people from sun and rain. To its east, the Phoenix reflection pool and dancing fountains flanked by locally selected tree species is a multifunctional play space for children, reflec-tion pool and summer entertainment space surrounded on all sides with shaded seating for parents and on-lookers. South of the water plaza, a series of signature sweeping walls sculptured from local stone, create a visual interplay between each other, structured to deliberately bring people physically closer together to en-courage social interaction in the dappled shade.

Throughout the public realm, the design captures moments of a bird in flight, a flutter of wings and feathers, colours infused into the elements. A sweeping language of the Phoenix unifies public space, while the dra-matic local natural rock forest formations of Wuhan have inspired the form and character of the bespoke pre-cast active edges that frame the perimeter development.

Specialist lighting design integrates the precinct’s architecture and landscape, helping it transition for the changing demographic of users from weekdays to evening and weekends. From a place of interaction and commerce to a recreational play space.

“Grand and inspiring, humanistic and engaging. It’s a landscape of many facets, scales and experiences, each contributing to a dynamic new public domain. The careful selection of native trees and shrubs will bring a seasonal dimension to the design, as the spaces take on different characters through the year,” says, Ste-phen Buckle, Studio Director ASPECT Studios Shanghai. 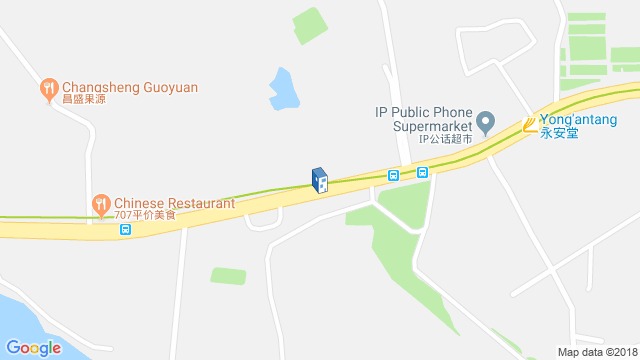 Location to be used only as a reference. It could indicate city/country but not exact address.
Share
Or
Copy
About this office
ASPECT Studios
Office
••• 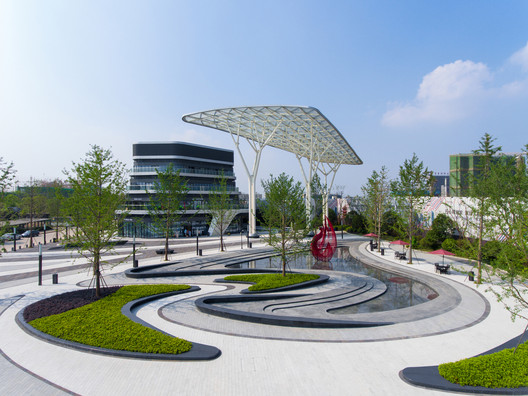