The Vasquez Rocks Nature and Interpetive Center is a vital gateway to a unique asset in the Los Angeles County Parks system. The high-desert site is one of the most significant natural areas in the region; its sculptural rock formations have inspired generations of visitors.  Its location along the Pacific Crest Trail affords hikers on a 2,650-mile walk from Mexico to Canada an unforgettable point of reference.

The new Vasquez Rocks Nature and Interpretive Center communicates the feeling that it is at one with its environment, treading lightly upon the land but leaving a significant cognitive impact upon the visitor. It is at once visually arresting and subtly integrated – it’s as if it has been there as long as the rocks themselves.

More about this project after the break. 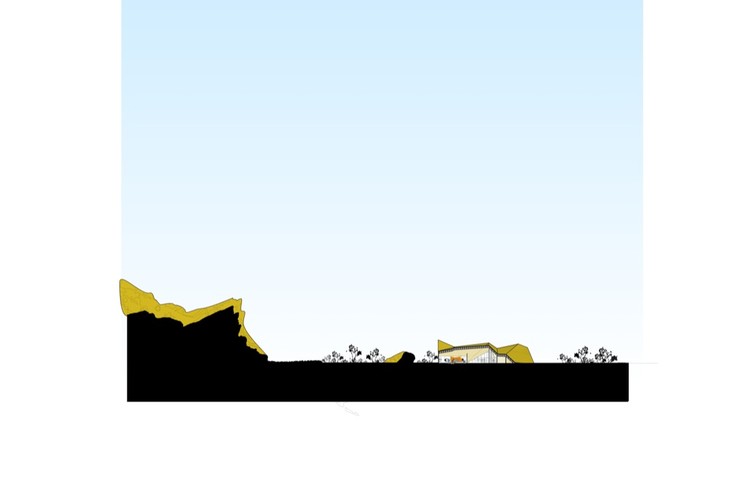 As much as the shape is intended to communicate drama and intrigue, it is also a pragmatic resolution of site conditions that optimizes building performance and minimizes the need for energy consumption.

The orientation of the building protects occupants from the scorching summer sun and admits the low winter sun; it is also oriented to capture prevailing breezes, cooling the building as wind passes over it.

The angled roofs not only generate visual interest; they channel water into a storage tank.

The overhang along the northeast and southwest edges frames the view of the surrounding landscape while sheltering the interior from solar rays. The expressiveness of the building’s form and the allusions of its materiality are intended to reinforce, rather than disguise, the sustainable strategies at work.