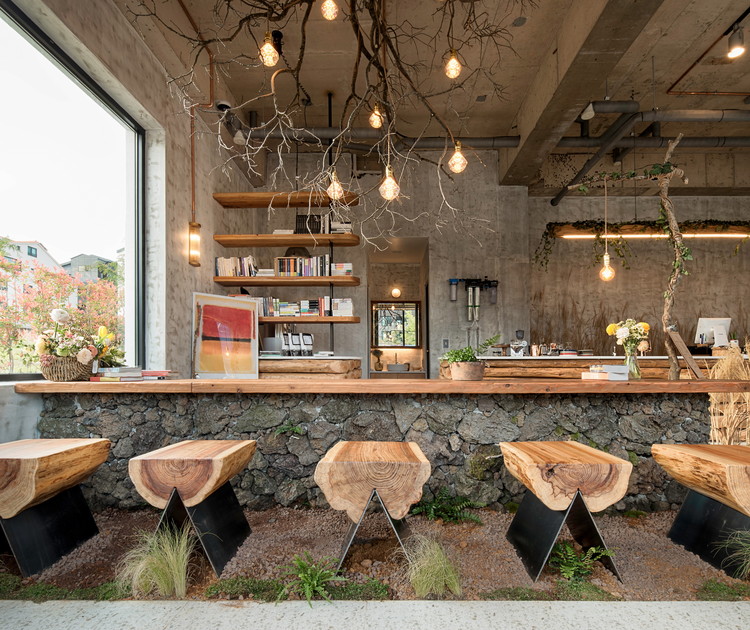 Text description provided by the architects. The project started with the intention to fill the space not with ordinary objects but with ones that have the scent and vibe of Jeju Island.

It wasn’t long ago that I first visited Jeju Island. Feeling good under the sunny sky, we were taken away by the colors of the sea and once again by the breezy scenery. It did not take long until we started praising it, mesmerized by everything about Jeju. As we looked around with the strong scent of dirt and reeds shaking in the wind, the look of Jeju itself became admirable.

Even though the island was beautiful, there were also practical problems. It is loaded with too many cafes that there are even cafe tours. From big brands to small local brands, every other shop was a cafe. It is probably a phenomenon that started from the spreading trend of “Live in Jeju” lifestyle and investing that turned into speculation with the pouring of foreign capital. Land value raised from 10 to 20 times more in the past few years, and since the rise is still ongoing the reality of Jeju is that it is eclipsing under the ways of capitalism. Because of these social circumstances, buildings are being built indiscreetly that the downtown of Jeju looks like a new town under construction. Fortunately though, the ocean and small mountains are still keeping their place near that it is enough to feel the nature. When I was perplexed between the indiscreet exploitation and the godliness felt from nature, I came across a client who said with a bright smile the wish to own a nice cafe.

Designing with both our realistic view on Jeju and the client’s view full of fantasy in consideration, it did not take long to plan out the Nohyung-dong cafe, applying a few rules and the line of flow.
1. A bookshelf to store and share the hundreds of books the client has
2. A space where the roaster can be used
3. The image of a relaxing shelter

With this we decided to include the vibe of Jeju embracing nature. The nohyung-dong cafe “Simsim” was named with the people who desire the humdrum life in Jeju in mind, and visitors will be sucked into the laid-back atmosphere.

Placed in the building “Soom”, recently built by Todot Architects, cafe Simsim hopes to be a comfortable shelter full of dirt scent in the heart of Nohyung-dong. 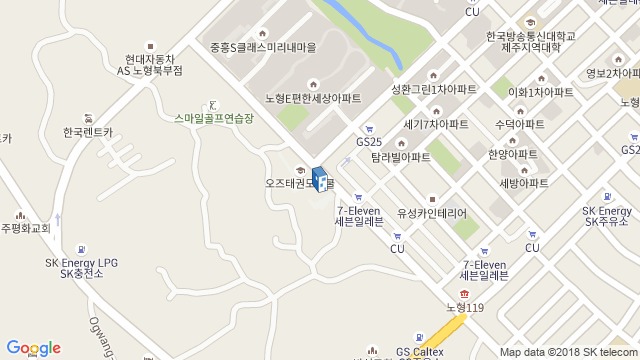