In October 2018, the Architecture Film Festival Santiago will hold its fourth version in various venues of the Lastarria neighbourhood of Santiago, including the Centro Gabriela Mistral GAM, the MAVI Visual Arts Museum, and the ICTUS Theater (Santiago, Chile). In this context, the organizers invite filmmakers from around the world to participate in its international competition "The City is ..." with shorts and feature films whose theme is the city, the urban environment, architecture of buildings and cities.  The competition categories are: documentary, fiction, experimental and architecture documentation. The festival will also award a special mention for the "best Chilean short film" and "best Chilean film.

Those interested can submit their works until July 20, 2018. The winners will receive an award, a certificate from the organization and will be selected for screenings at another film and architecture festival in the period 2018-2020, anywhere in the world. The jury will be made up of architect and cultural producer Pola Mora (ArchDaily), documentary maker Tiziana Panizza (Visual Letters, 2005-2011, Earth in Motion, 2014, and Tierra Sola, 2017) and director of magazine LaFuga.cl Carolina Urrutia (2 Centrifugal Cinema: Chilean Fictions 2005-2010").

ArqFilmFest was born in 2012 as the first film festival about film and architecture in Chile and Latin America. Through cinema, Archfilmfest provides a space to promote the understanding, reflection, debate and communication about architecture, the city and urban. With these topics, ArqFilmFest reaches new audiences and promotes the production and exchange of film work across Chile and the world.

The fourth version of the festival will invite to see, feel and think about cities through films, talks, workshops, workshops and urban events, for four days, in Barrio Lastarria, Santiago de Chile.

More information about the competition, rules and forms at http://affscl.ipage.com/festival2018/presentacion/ 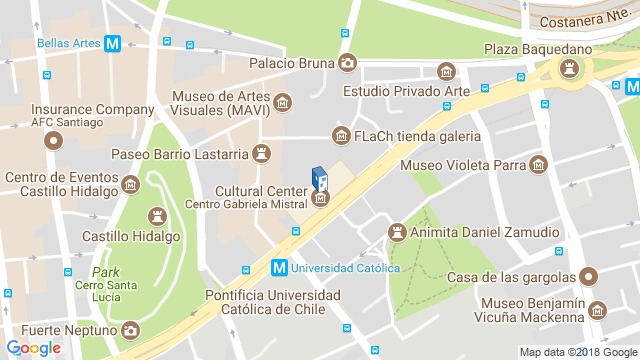