In October 2018, the Architecture Film Festival Santiago will hold its fourth version in various venues of the Lastarria neighbourhood of Santiago, including the Centro Gabriela Mistral GAM, the MAVI Visual Arts Museum, and the ICTUS Theater (Santiago, Chile). In this context, the organizers invite filmmakers from around the world to participate in its international competition "The City is ..." with shorts and feature films whose theme is the city, the urban environment, architecture of buildings and cities.  The competition categories are: documentary, fiction, experimental and architecture documentation. The festival will also award a special mention for the "best Chilean short film" and "best Chilean film.

Concéntrico is an International Festival of Architecture and Design that reflects on the revitalization of devalued spaces in Logroño, Spain. Its latest edition, Concéntrico 04, was held between April 27 and May 1, 2018, in Logroño's Historical Center. The festival invites you to travel the city through installations, exhibitions, meetings, activities, and performances that create a connection between streets, venues, courtyards and hidden spaces that usually go unnoticed from day-to-day. David Marchetti's intervention "Otravisión" aims to signal the plaza by providing passers-by the opportunity to see the area from an entirely new and unpredicted point of view. 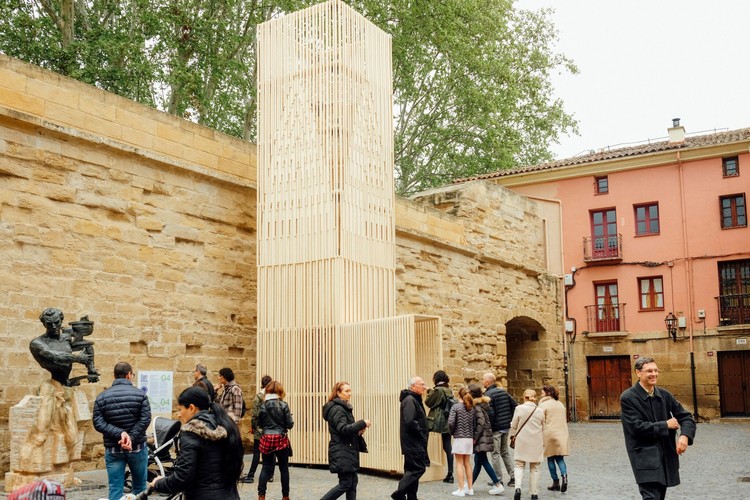 "Architette": Bringing Value to Women Architects in Their Professional Field

There is no female pronoun for architect in Italian, so a new project, Architette, was born aiming to professionally promote the female title in Italian. The project's objective consists of monitoring all-male juries and conferences, mentoring young generations on the ground to advocate for a more heterogeneous and fair professional landscape, where women can be an inspirational reference in architecture.