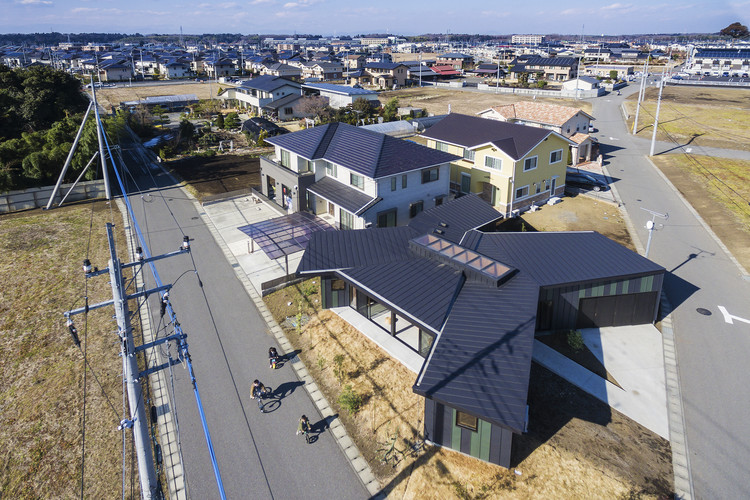 Text description provided by the architects. The project is a residence in Utsunomiya, Japan where climate and temperature greatly fluctuates. Site’s climatic characters were analyzed to introduce natural energy into the house while unifying the interior with the exterior. Taking daily activities as well as light, wind and heat flow into consideration, the best layout resulted in an X-shape. Public spaces are allocated to the north and south segment while private areas are in the east and west segment. A corridor from east to west divides the living and dining room and is enclosed by sliding doors that provides partition if needed.

The living room in the south wing was designed as a solar collector room during winter time, where the wall position was defined by the sun incidence angle from 10:00 to 15:00 hours during the winter solstice. During daytime, the movable partition in the living room is meant to be closed in order to collect heat and opened after sunset to distribute the heat to the neighboring rooms. During summer the wind flowing from the south is let into the house by a large sliding door which encloses the living room, and a mechanism was set up in order to allow this wind to escape on the north end of the house.

The living room in the south is designed as a solar collector in winter time. During the day, Living room’s partition is closed to collect heat and opened after sunset to distribute heat. During summer, wind from the south is let into and out of the house. Given the X-shaped layout, a microclimate is created, allowing wind to circulate and gain speed. 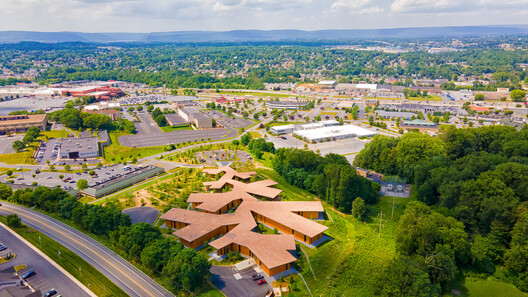