Save
When it Comes to Building a Better Airport, "It Never Pays to Use Cheap Materials"
Share
Or
Copy

Airport design is both an art and a science: the best terminals are not only functional, but also beautiful and awe-inspiring spaces. Millions of people pass through these terminals every day, yet few understand their inner workings as well as Roger Duffy and Derek A.R. Moore—design leaders at SOM who have conceptualized some of the most ambitious aviation projects around the world, including Terminal 2 at Chhatrapati Shivaji International Airport in Mumbai. In this interview, Moore, a Director, and Duffy, a Design Partner, reflect on the complicated challenges of airport design, and how these constraints can fuel creative solutions. 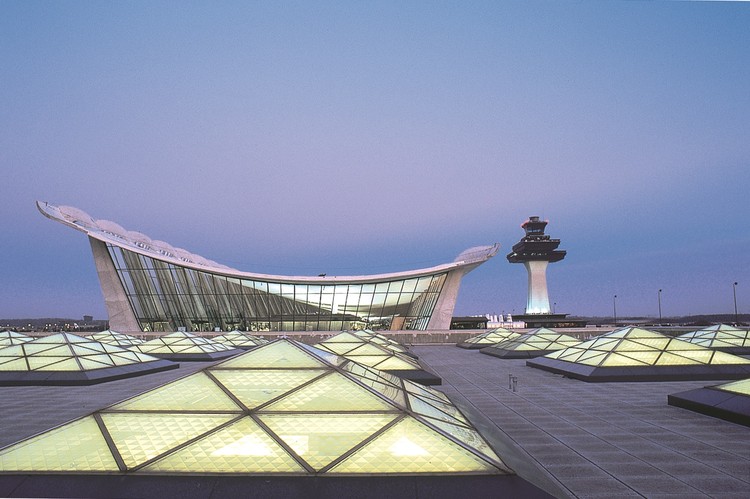 Airports are getting bigger and bigger — Dubai, Beijing, Mexico City. Is there a natural limit to their size?

Roger Duffy: What matters isn’t the size of the airport, but there is a limit for individual terminals. I think you’ve reached that number with 50 to 60 million passengers. Any bigger, and it simply becomes unmanageable.

Instead of a mega-airport with enormous terminals, what about building several airports, each with its own specialization? Which is better?

Derek Moore: If the transport links work, it’s clearly better to have a single airport. Otherwise bus lines and roads all need to be duplicated. Low-cost airlines would usually prefer to fly to a smaller airport, but these are nowadays stretched to the breaking point. Also, airline alliances are constantly changing. This dynamic is better managed at a single airport. The same is true of the civil aviation authorities, which operate more effectively within a single airport.

These mega-airports must be able to grow. How do you create a system that allows for later expansion?

Duffy: With the help of a crystal ball! Of course, many changes are hard to predict. For example, no one could have anticipated that security checks would change so dramatically as a result of the events of 9/11, or that loading areas would become so important for airports. But you also need to guarantee certain things to ensure that the design remains flexible. It’s hard to change a fixed and complicated structure at a later date.

Moore: It’s also important that aircraft parking positions aren’t too small. They should be expandable and not limited to particular types of aircraft, as the popular models keep growing. There are also technological changes. When wingtip devices first appeared, another five feet (roughly one and a half meters) were suddenly needed on both sides of the Airbus A320 and Boeing 737.

When you go through an airport as a passenger, what is it that leaves you feeling the most satisfied?

Moore: Clarity. If I feel that I can move freely around the airport, I’m satisfied. I don’t like it if I’m prevented from doing so, either visually or in some other way.

Duffy: If I know intuitively where I have to go next. Many new airports are extremely big and there are lots of people everywhere. If I can get through the airport as a passenger without getting stressed, then I’m satisfied.

Then you must often be dissatisfied.

It’s not easy to do it much better. There are many restrictions, both legal and on the part of airport operators and airline companies.

Moore: That’s right. You have to be clear about what can be changed and what can’t. But within these parameters there are certain creative possibilities; at the check-in desks, for example, one of the central parts of any airport, we ensure that the islands with their desks don’t become walls that you can’t see through. Passengers should be able to see through them so that they know what’s in store. A sense of orientation is important for travelers, which is why we often try to use glass walls between check-in and the curbside. These not only allow more light to enter the building, they also make it easier to find your way around. It’s important to think of the people who don’t fly all that often. They need to be able to grasp intuitively what comes next.

That sounds logical. But why are there still so many airports that don’t function like this?

Moore: History exacts a heavy price. In the past the airline companies wanted to have as many offices as possible within the terminal, which often produced a solid wall between the entrance and the apron that you can’t see through but which can’t be changed in any major way.

Duffy: Often the site isn’t ideal. Take the new Terminal 4 at Madrid Barajas. It’s a wonderful, breathtaking building. I’d give it top marks. But from the terminal you travel underground to the departure gate. These umbilical cords confuse passengers and they lose their bearings. This has been badly done in Madrid. The same is true of Hong Kong. You check in at one terminal in the city center, take a train to the airport terminal and from there you go down into the basement for the people mover system to take another train to the departure gate. That’s not good. It’s a result of rapid growth, with new sections being added at each phase.

Problems that have been building up over the years are one aspect, another is budgetary restrictions. How often do you have to contend with these?

Moore: Changes to the budget are normal. Most projects extend over such a lengthy period of time that they involve several economic cycles. It’s been like this with practically every one of our projects. The best way to save is to reduce the overall area. At the new Terminal 2 at Chhatrapati Shivaji International Airport in Mumbai, for example, we took 13 feet (roughly four meters) off the length and six and a half feet (roughly two meters) off the width of the typical long-span structural bay. That doesn’t sound like much, but it saved a lot in terms of cost. On the whole the terminal still seems spacious, but the building costs were considerably reduced.

Duffy: But it also helps to understand the local market. This allows you to make savings from the outset, so you don’t subsequently have to make cuts. In Mumbai, for example, we noticed that the local manufacturers were unable to produce steel girders in the size that we were planning, and so we changed the construction and were able to involve local manufacturers. In the end it was much cheaper.

And where shouldn’t you make savings?

Moore: On those things with which the passenger comes into contact. It never pays to lower the overall standard by using cheaper materials. In the final analysis these things make very little difference. But they are very important. Making savings here always has major consequences in the form of added maintenance and replacement costs. We once had a client who left out the terrazzo floor that we’d planned for the baggage hall and instead laid carpet there. It had to be replaced, of course, after two years. In the end they put down vinyl tile.

Should airports be the same all over the world? Or do they also have to take account of cultural considerations?

Duffy: Many things are the same, largely because they are laid down by rules and regulations. Even so, cultural differences are undoubtedly important. In India, for example, your calculations need to include sufficient space to see passengers off. Here entire families turn up. As a result we designed the area in front of Terminal 2 at Chhatrapati to be especially large. The terminal also has a glass facade, so you can look in from the outside. In Southeast Asia it tends to be the shops and restaurant area that are central, much bigger than in the West. You naturally have to take account of things like these.

What would a dream project be for you, something you’d very much like to realize?

Duffy: To have an employer who not only wants to solve a problem but who also wants to create something great. Unfortunately there is nothing like this in the West any longer. Among rising economies, this desire can still be found.

Moore: I’d very much like to design a new super-hub for New York that would replace JFK, Newark, and LaGuardia. An airport with outstanding rail links. Then the sites of the present airports could be assigned new uses.

This interview originally appeared in The Art of the Airport: The World’s Most Beautiful Terminals, published by Frances Lincoln. It also previously featured on SOM's blog on Medium.

When it Comes to Building a Better Airport, "It Never Pays to Use Cheap Materials"
Buy from
amazon.com 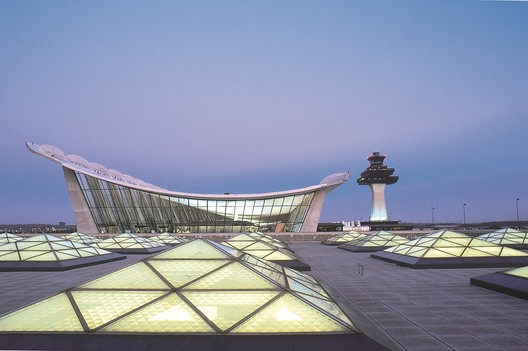