Gilles Saucier, FIRAC, and André Perrotte, FIRAC, founding partners of Saucier + Perrotte Architectes, have been awarded the 2018 RAIC Gold Medal, the highest honor bestowed by the Royal Architectural Institute of Canada to an individual or team of individuals in recognition of “a significant and lasting contribution to Canadian architecture.”

Founded in Montreal in 1988, Saucier + Perrotte Architectes have worked at the highest levels over their 30 year career, completing a range of project types both within Canada and internationally. The firm was lauded by the jury for pushing boundaries of innovation while maintaining a sense of elegance and refinement. 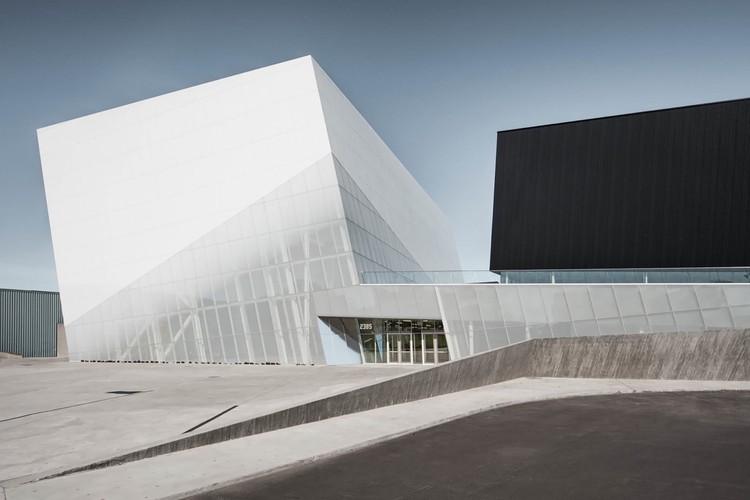 “They have built and maintained a high quality of work for decades,” the five-member jury wrote in their citation. “They are one of the few firms that are recognized both nationally and internationally. The work is always innovative and interesting. It’s timeless, consistently elegant, beautifully detailed. They integrate nature beautifully.”

Key projects by the firm include the Usine C (1995) and Cinémathèque Québécoise (1997) theaters in Montreal; the First Nations Pavilion at the Montreal Botanical Garden (2001); the Perimeter Institute for Theoretical Physics (2006); the UBC Faculty of Pharmaceutical Sciences (2012); the Anne-Marie Edward Science Building at John Abbott College (2012); the Stade de Soccer Montreal (2015); and mostly recently, the Saint-Laurent Sports Complex (2017).

The two recipients serve different roles in the architectural process – Saucier is the firm’s design partner while Perrotte is the lead project architect responsible for coordinating the design and construction process. Both attended the Laval University school of architecture in Quebec City.

“It is with great honour that we accept this award recognizing 30 years of passionate and dedicated work,” the duo said in a joint statement. “We are grateful for the numerous fruitful collaborations that have helped us shape and realize our vision. We proudly receive this medal as a reward for our unyielding commitment to architectural excellence.”

The RAIC Gold Medal is typically awarded on an annual basis to a person or persons who has made a major contribution to Canadian architecture, having “lasting influence on the theory and/or the practice of architecture, either through demonstrated excellence in design; and/or, excellence in research or education.” Some past winners have included Roger Terence du Toit (2017), Brian MacKay-Lyons (2015), Peter Busby (2014), His Highness the Aga Khan (2013), Bing Thom (2011), John and Patricia Patkau (2009), Frank O. Gehry (1998), Raymond Moriyama (1997), Moshe Safdie (1995), Phyllis Lambert (1991) and Jane Jacobs (1981).