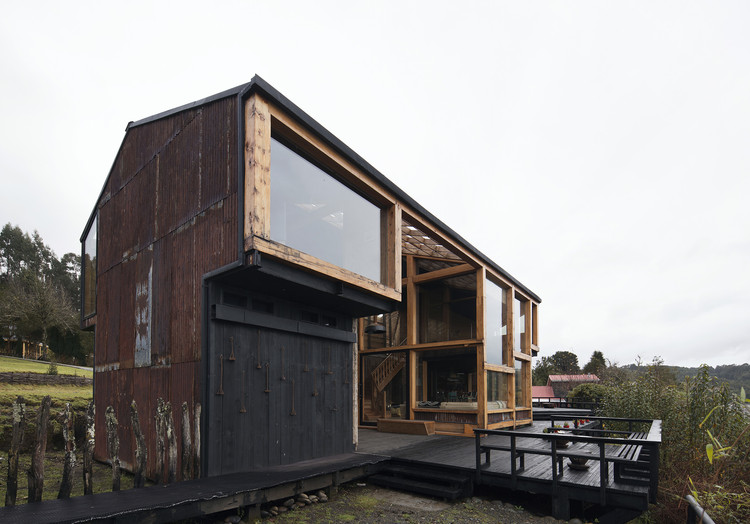 Text description provided by the architects. This project site is located in front of a beautiful estuary that flows into the Caicawe canal, in front of the island of the same name, a few kilometers north of the city of Quemchi, in the chiloe Island.

The terrain develops linearly on the sea edge, on a slope that begins steeply and culminates gently towards the sea. This land has many constructions and existing houses, where the site for housing is virtually bounded.

The definition of the project consists of a house with comfortable, spacious and familiar areas, ready to receive large groups of people. The spaces are visually related and easily connected to the outside, allowing the meeting activities to be carried out with ease days of rain, within an architecture that is framed within the aesthetics of existing constructions of  simple volumes that communicate their relationship with the aesthetics of Chiloé

The architectural proposal is defined by a compact and twisted volume in search of the views and following the shape of the narrow terrain. Towards the access the facade appears closed and hermetic, evoking the old warehouses of Chiloé and keeping the privacy of the interior. The upper level stands out to protect access from rain and winds.

Contrary to its access, the side of the sea is presented open, glazed, exposing the exuberant sea views, building a dialogical image between traditional and contemporary architecture simultaneously.

The structure appears as part of the architecture, and the roof wraps all the programs including part of the terrace, which communicates being with the sector of the barbecue and the wine cellar, allowing to inhabit the outside and inside freely on rainy days.

The exterior reuses old zinc plates, which gives the image of an old Chiloé barn that was always there. Inside it was used native woods, many of them, reused, as linings, floors, doors, windows, and the staircase which belonged to an old traditional Chiloe house, nowadays extinct. 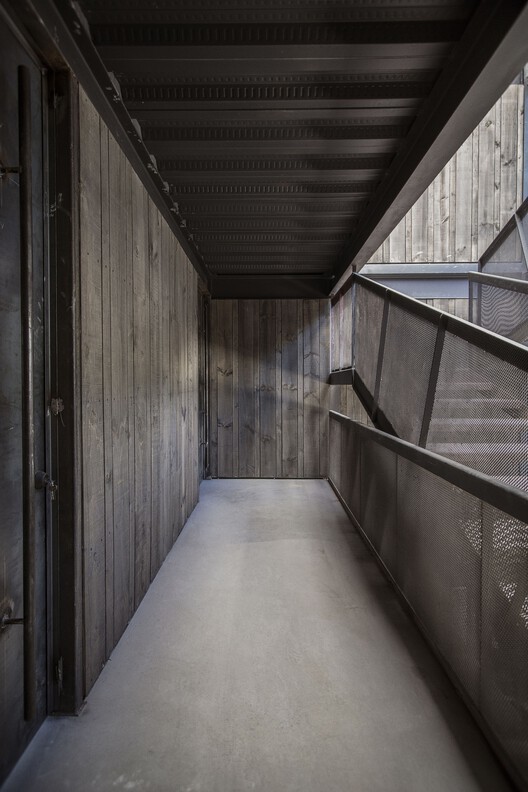