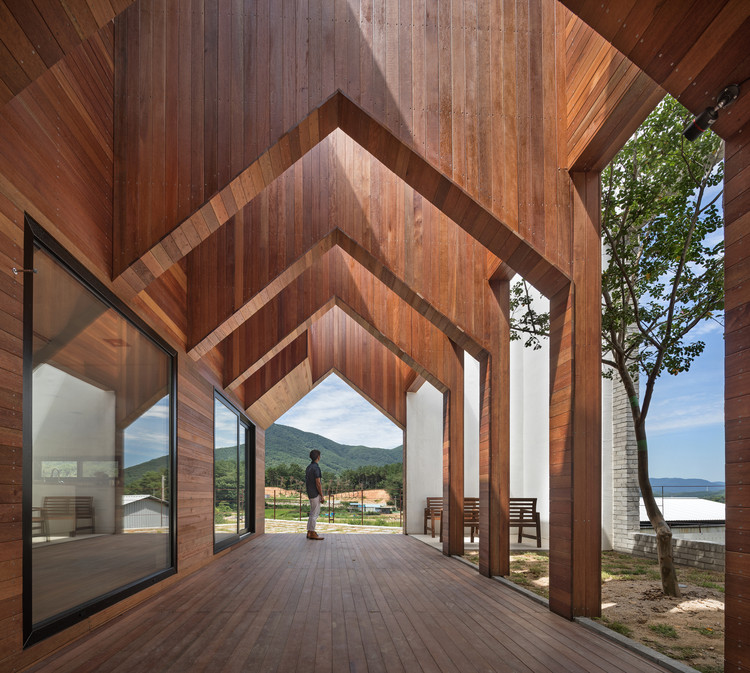 Text description provided by the architects. At one time in Korea, the book "botong-ui jonjae" (Normal Being) was a best seller. The beauty that is found in ordinary life is the theme. The emergence of this viewpoint is a natural phenomenon in Korea, which has achieved rapid growth in a short period of time. Through this book, the public reflects on the past that lived without the preciousness of mediocrity, and was comforted by the situation that it became harder to live than before.

In order to discover beauty from ordinary things, it is necessary to have a poetic sensibility to look back on ordinary things from a different point of view. I started designing with the question of how architecture can enter the world of emotion.

A paradox of normal form

The project site is plain and the surrounding houses are in various forms. From a different point of view, there was the usual variety. I thought that the paradoxical way of reversing the existing grammar would be effective in feeling special emotions in ordinary scenery. Specifically, the general form is reversed. It is a way to empty the gable roof form in the form of a square box. In other words, it reverses the normal form and intends to ask what is normal.

The most important of the client's requirements was the space under the eaves. In the suburban housing, eaves play a very important role. A lot of things that you cannot do in an apartment are possible under the eaves. It is a place where you can do various activities without being influenced by the weather. I was touched by her husband's affection for her family and wanted to present a special sensibility for her family. It was hoped that it would be a precious thing found in ordinary everyday life. Daily routines will repeat and the landscape of the village will always be the same. When these families got used to life here, they expect that they will occasionally receive special gifts that change over time in ordinary space. 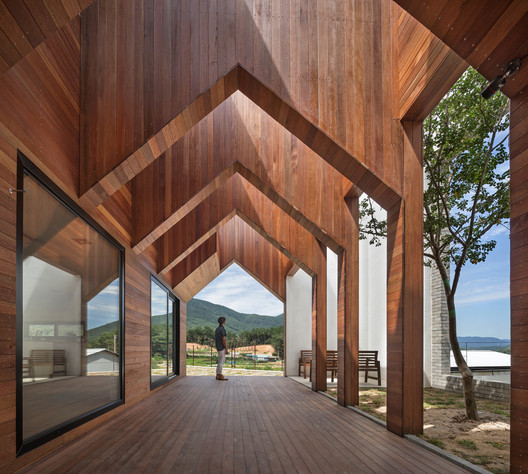