Architecture lovers and amateur archaeologists take note – or rather, get ready to take notes.

Japanese model making company Triad has released a new series of notepads called the Omoshiro Block (loosely translated to “fun block”) that slowly reveal intricate architectural sites as they are used. Appearing at first as a regular square of paper note cards, each block is specifically laser cut to produce a 3-dimensional model of some of Japan’s most recognizable buildings, such as Kyoto’s Kiyomizudera Temple, Tokyo’s Asakusa Temple and Tokyo Tower. 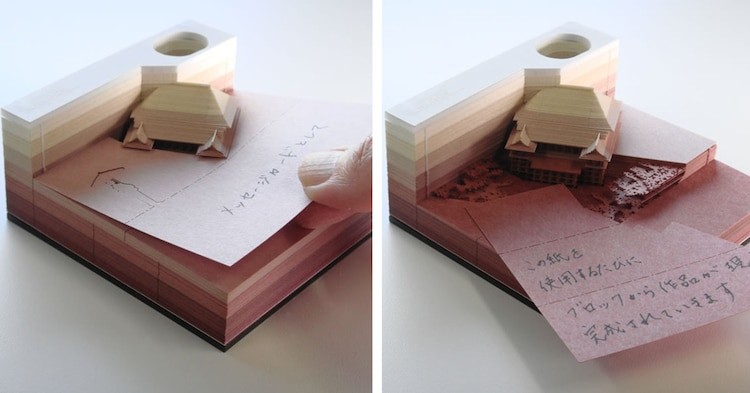 Each block contains more than 100 sheets of paper, each featuring its own unique cutouts.

For now, getting an Omoshiro Block of your own will be a difficult task, as they are currently both out of stock and sold only at Tokyu Hands Osaka location. In the meantime, you can keep up with the company on their official Instagram page, here. 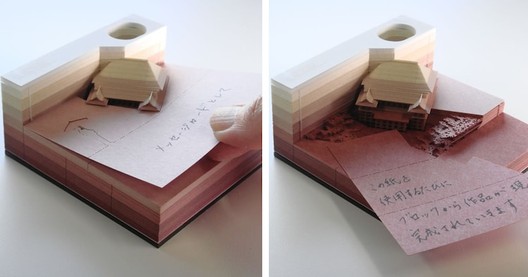