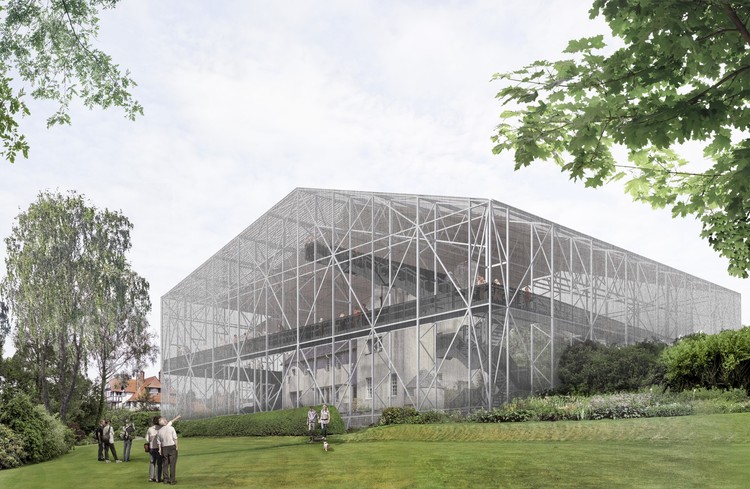 The Hill House was designed and built between 1902 and 1904 as a residence for publisher Walter Blackie. Billed by Mackintosh as a “home for the future,” the design represented a rift from the Victorian and Edwardian styles that were popular at the time, favoring a simpler exterior made from Portland cement. The result was a smooth, flat facade that could be viewed as a precursor to Modernism.

However, over the past 100 years, the groundbreaking facade has suffered from extensive moisture damage aggravated by it location near the coast, threatening the survival of the structure. This threat has prompted the National Trust for Scotland to plan efforts that will preserve the building for generations to come.

The project includes the construction of a new, transparent structure designed by Carmody Groarke that will cover the historic house, protecting it from the natural elements and allowing for crucial preservation work to be conducted. The structure will also provide an enhanced experience for visitors to the site – raised platforms and viewing points will offer new vantage points to take in the historic architecture and to watch the work in progress.

“The National Trust of Scotland are adopting a very bold approach to the conservation of the Hill House; one that is radical and experimentative in seeking new methods to extend the lifespan of our heritage, and one that invites public interaction and interpretation of these processes,” said Andy Groarke, founding partner of Carmody Groarke. “We are very proud to play a part in this pioneering project of theirs and to have a chance to learn at first-hand about Charles Rennie Mackintosh’s residential masterpiece.”

The temporary pavilion is designed for maximum transparency, allowing Hill House to remain visible in the landscape, while remaining breathable, which will enable to facade system to naturally dry.

“The new structure is effectively a porous cage, albeit a beautifully designed one, that still allows some movement of air and a degree of moisture penetration,” explained Simon Skinner, the National Trust for Scotland’s Chief Executive.

“Within the enclosure, visitors will be able to climb stairs and gangways for a bird’s eye view of Mackintosh’s masterpiece and to get up close and personal to the genius of his design. As a bonus, visitors can watch the restoration work as it progresses and then turn around to enjoy stunning views out over the Firth of Clyde.”

“While the Hill House is being protected from the elements, our conservation and architectural heritage teams can start work to find solutions that will respect the historic and design integrity of the building, meet the standards and obligations required by its listed status and ensure that this precious place will survive to inspire future generations.”

The National Trust for Scotland is currently planning fundraising efforts for the project and for the preservation of Mackintosh’s work throughout the country. The Getty Conservation Institute has already committed a generous donation toward the project’s realization.

“Charles Rennie Mackintosh was in the vanguard of using the materials and creating the kinds of buildings that became the vernacular in the 20th century,” said Richard Williams, the National Trust for Scotland’s General Manager for Glasgow & West. “As the 21st century progresses, more effort is being made around the globe to preserve important structures from the preceding century and the lessons we learn can be applied by others.”

“As generous as the Getty donation is, we as a charity are going to have to raise millions of pounds to shield, protect and save the Hill House. Working with together with our colleagues in the NTS USA Foundation, we will be launching one of the biggest fundraising drives in our history early in the New Year: we hope that everyone who has a love of Mackintosh’s work and Scotland’s architectural heritage will make a contribution.” 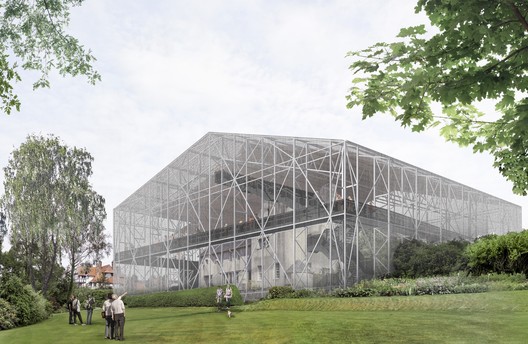