Text description provided by the architects. The project is located in the Historical City of Colonia del Sacramento -declared Unesco World Heritage- in a privileged location meters from the river, over two grounds unified in a ¨L¨ shape, with way outs to two streets of strong gradients, typical of river ravines.

Important previous research works -digging out the historical, cartographic and archaeological background of the place-  and careful preliminary excavations within it, leaded us to discover remains of the wall and its buttresses from  the former fortification of the citadel created in 1680 by the Portuguese (as well as remains of old pottery and tableware, military elements, sabers and cannonballs from the many battles and struggles between Spanish and Portuguese). all of them with high patrimonial value, and suggested to be conserved and exposed  to the public by the Uruguay Cultural Heritage Commission and Unesco.

The intervention consists in generating a public internal crossing walkway which unifies an old barn with a series of cells or housing boxes, in a direct linkage with the street as a prolongation or "passage" of the city -of a certain medieval spirit- where the archaeological remains found will be inserted and displayed as in an open sky museum.

The great area of the old barn is set in value thanks to the emphasis in its significant elements, as they are its high walls with bricks at sight counterforts and its pinotea wooden truss supporting the topping, interposing between them  new glass boxes as mezzanines, which with their movement and modern language enrich and give scale to the pedestrian walkway. the use of noble building materials (common bricks, exposed concrete, wood, stone) is one of the city insertion premises.

The set of housing is characterized by a simple volumetry, a series of juxtaposed concrete boxes -exposed by gross table- achieving a gradual staggering which accompanies the different levels concerned to the topography of the ground.

These boxes superposition generates fullness and emptiness on the pedestrian walkway, with lights and shadows contrasts and diversity of space situations.

As a consequence of this staggering we have balcony terraces, blending in with the favored surroundings by the close presence of the river and the patrimonial constructions that conform  the urban scale of this historical neighbourhood. 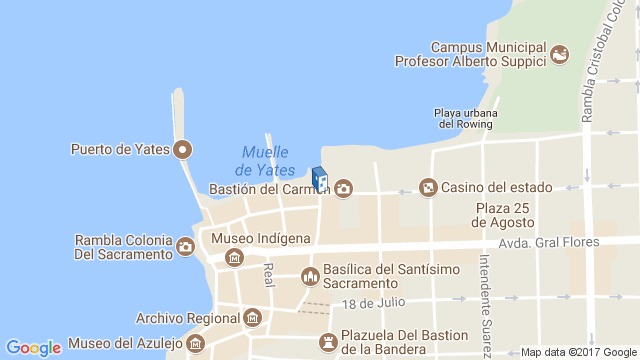 Location to be used only as a reference. It could indicate city/country but not exact address.
Share
Or
Copy
About this office
Frazzi Arquitectos
Office
••• 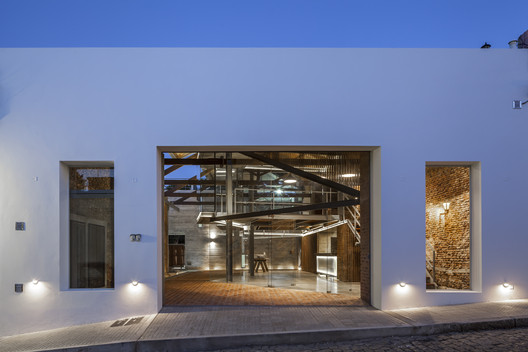