In the US, pumpkins are the ultimate symbol of fall – from autumn holiday centerpieces to Thanksgiving pies to those infamous spiced lattes, the loveable gourd is near inescapable the time October rolls around. But using carved pumpkins as a building material? Now that is the sign of a true Halloween fanatic.

Since 2005, the Great Jack O’Lantern Blaze has been doing just that to create dazzling displays on the grounds of Van Cortlandt Manor in Croton-on-Hudson, N.Y. The event goes through more than 10,000 pumpkins (weighing 200,000 pounds!) each season to create environmental, intractable structures and sculptures inspired by the land art works of artists such as Michael Heizer, Robert Smithson, Donald Judd, and Andy Goldsworthy.

Each year, the event has grown, inspiring bigger and more daring constructions. New pieces for this year include a Pumpkin Statue of Liberty, a 20-foot Pumpkin Carousel and a Plus-Sized Pumpkin Planetarium. Check out some images of the event below! 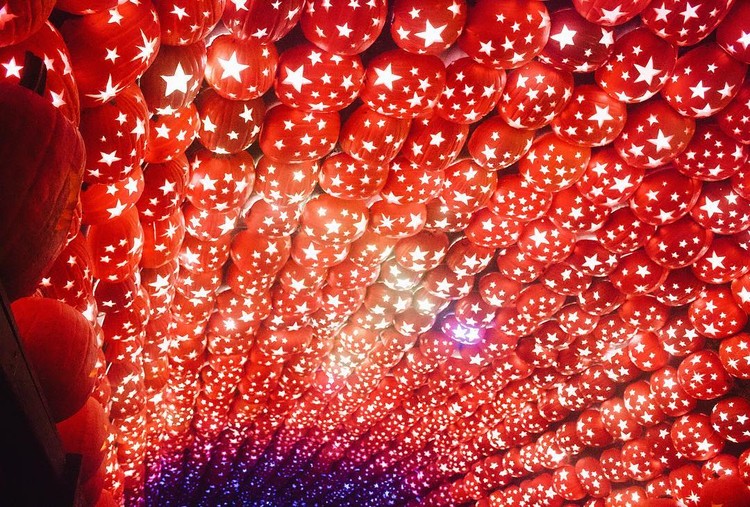 Find a full gallery of professional photos from this year’s event, here.