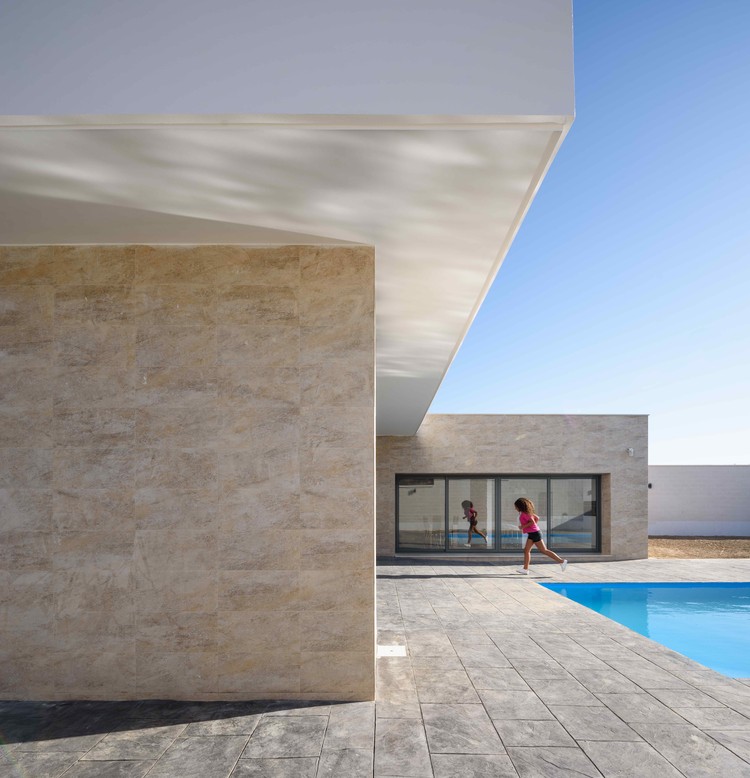 Text description provided by the architects. It is the second residence of the "prisms" series, in which we composed with pure rectangular volumes to make up the volumetry of the building. Each prism holds different uses within the program, producing special double-legged sets in joining areas between both cores.

There is a double ceiling height in the junction area between the prisms that contain the staircase.

The entire house opens onto the pool and back garden of the grounds, leaving the main facade almost completely blind, for greater privacy and better climate behavior of the building.